For 30+ years, whenever I talked to agents or editors, they’d ask me what I was writing. 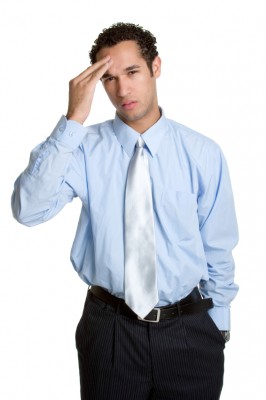 But before they had a chance to say ask another question, I’d add, “And a novel for teens.”

And they’d raise their eyebrows.

“And a fantasy. And a memoir. And a book for writers. And—”

At which point, they’d heard enough, and they’d interrupt me to ask, “But which one do you like best?”

My answer was always the same. “Depends on what day it is. And maybe what time of day.”

Their eyes would glaze over and they’d make some sort of remark about my need to choose, and our conversation would be over.

But seriously, all I have to do to get “into” a specific genre is to think about the story I want to write/am writing, and I’m excited. Okay, provided it’s not a news story, a press release, a profile, or a feature article. Yes, I can do them, and I can even do them well, but I don’t enjoy them much. I prefer writing things that allow me to insert my opinions. Or, as I usually say, “I hate having to stick to the facts!”

The odd, really brave editor or agent might follow up our conversation with one last question—something along the lines of “But which genre can you write best?”

The truth is, I’ve won awards for everything from mysteries and teen fiction to various kinds of articles and even blogs.

At which point, the few who made it this far would give up on me in frustration. Because in the publishing world, writers are supposed to choose a genre and stick with it. Which assumption, in my mind, is silly.

It’s about branding and having a platform and, ultimately, selling.

The idea is that the writers’ names become synonymous with their specific genre. 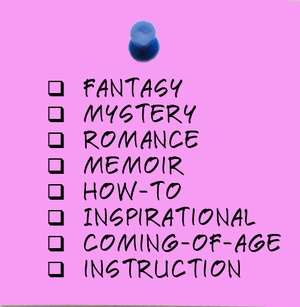 e Grafton, you think of mysteries. Betty Crocker equals cookbooks. Terry Pratchett equals fantasy…. I’m sure we could easily come up with 100 names of writers for which we’d immediately know the genre they write.

But not every writer fits into a particular box.

C. S. Lewis doesn’t. The author of Mere Christianity also wrote the Narnia series and science fiction and The Screwtape Letters. Linwood Barclay wrote a humour column in the Toronto Star for many years before he became much better known for writing thrillers. And there are actually all sorts of  writers who use pseudonyms to disguise the fact that they write in more than one genre.

Looking at it from the other side, how may of us only read in one genre?

Not me, for sure. I’ve often said that my preferred reading material is a really good mystery, but the truth is I’m just as likely to get excited about a memoir, a how-to book, a blog, or pretty well anything, as long as it’s written well.

Actually, the only books I reviewed last year—because they really impacted me—were a woman’s memoir on escaping domestic abuse, a baseball pitcher’s memoir involving sexual abuse, a bunch of non-mystery stories by a mystery writer with a difficult childhood, and a memoir about finding God at Oxford. So much for my preferring mysteries.

So, can you get away with writing in a variety of genres?

Obviously, If I were trying to support a family or even just myself, I’d focus, at least a majority of the time, on a genre where I could make the required amount.

Scratch that. Since the best way to make money as a writer is either editing or writing the types of things I like least (profiles, feature articles, technical writing, etc.), if I really needed to make money, I’d be either teaching writing or English. The truth is I already make more money speaking and teaching than I do writing, but that’s a different blog.

However, I’ve been fortunate enough to have a husband who not only made enough money to support our family but also encouraged me to write what I love, I’ve been able to have fun and switch genres without having to worry about the consequences to our bank account.

What genre have I chosen to write?

Well, basically, I decided some time ago to ignore the agents and editors who threw up their hands and just write whatever I want to write. Yes, I want to sell my work, but I want to write what I love even more. Maybe soon I’ll make those things work together. Or God will.

I do appreciate the one editor who really listened to me and at the end of our conversation, shook his head, and said, with sadness in his eyes, “We’re not very kind to our Renaissance writers, are we?”

Up until that time, I hadn’t thought of myself in that way. As a Renaissance writer. Someone, like Leonardo da Vinci, who dabbles in all kinds of things. But I love the comparison. And for now, it’s working for me.

Plus I’ve had so many positive reviews and comments for my efforts to date that I simply can’t stop doing any of them.

So from now on, I’m going to forget about genre and just say that my favourite stories—to read or write, in both fiction or nonfiction—are “hope-filled stories with compelling characters, intricate plots, subtle humour, and satisfying endings.”