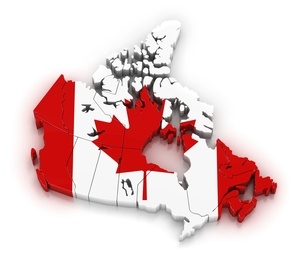 I wrote this in March of 2005 when I was Executive Director of The Word Guild, an organization I co-founded a little over three years earlier. I posted it here last year in honour of Canada Day, and because it’s still relevant, I’m posting it again today.

Although I’m no longer actively involved in leadership of The Word Guild, my desire to ensure that the voices of Canadian writers from the Christian faith community are heard both in Canada and other countries not only hasn’t changed, but has grown stronger.

The United Nations may say Canada is the 8th best country to live in, but I don’t believe it. Canada is still number 1 to me. Except possibly in one area.

As a writer who also happens to be a Christian, I would be much better off in the United States or even England.

Let’s face it, there aren’t a whole lot of Canadian Christian publishers driving up the price of my advance in a noisy auction.

Distributors have been more reluctant than eager to carry my books. And to date I haven’t had a single bookstore owner threaten to camp out in my yard until I grace his or her store with a book signing.

I believe I speak for most Canadian authors who are Christian when I say these things.

Since I have no intention of moving to another country, and since I happen to be not only an author but also the executive director of The Word Guild, I have been talking to a number of authors and other writers, and we’ve decided to do something about this situation.

And it’s not just about us, either. While we’d all love to have publishers and distributors and bookstores clamoring for our work, there’s more to it than that. We believe Canadians actually need to read our work.

A. Canada is not the United States, or Norway, or any other country. Canada is unique. So are its writers. Uniquely Canadian. Happily Canadian. Politely Canadian. And we will speak to Canadians like no one else can.

B. Canadian writers who are Christian are the most likely messengers for God to use to speak to the people of Canada. Not that we can’t learn from other people, but why would God choose people from other countries to speak to us when he can choose us to speak to us?

D. If God really gives gifts and talents for the benefit of the entire body and not simply for the individuals, then we all share the responsibility of seeing to it that the gifts of our writers, both experienced and new, are not wasted.

It’s true that the Christian book publishing industry in Canada isn’t strong. In the past, Canadian presses have tended to be small, denominational or ministry-related, and lacking in the resources to do much promotion. Plus Canada is small in terms of population, so it’s hard for any publishers to have a viable operation without government support or other backers. As a consequence, Canadian Christian distributors have tended to work mostly with the large US publishers who have lots of books they want to sell to Canadian bookstores.

And if we didn’t have those books, our bookstore could be pretty empty. Or would they?

Of course, some Canadian authors, like Mark Buchanan and Sheila Wray Gregoire, are published in the US or other countries. But others, like Connie Brummel Crook, are published by secular publishers and therefore unlikely to be in Christian bookstores. And many, like Ray Wiseman, self-publish and then face an uphill battle to get their books carried by distributors or the bookstores. Still others have no idea what to do with their writing.

All I know for certain is that their voices need to be heard.

The original article then encouraged Christian bookstores to have Canadian sections, and encouraged readers to talk to The Word Guild.

By the way, the bookmark to the left is one I designed for The Word Guild around that time. Thousands of them were handed out to bookstores and readers alike. On the back was a list of some of the more prominent Canadian authors, most of whose names weren’t recognizable. I wonder if they would be recognizable today?

In addition to my involvement in the leadership of the The Word Guild and Write Canada, I published as well as co-edited two Hot Apple Cider anthologies which showcased 60 Canadian writers, so I’ve gotten to know a number of Canadian writers first-hand. I was also a judge for the Castle Quay book contest some years ago. More recently, I was a judge for the Grace Irwin Award for three years. And I’ve talked in-depth with a lot of writers. Which means I can say with conviction that:

B. The majority of those books have been self-published.

C. The quality of the books published, for the most part, has greatly increased.

D. I believe the typical Canadian attitude of thinking we aren’t good enough is gradually changing. We now tend to believe that we have something worth sharing. That’s a huge step!

E. There is still a lot to be done.

On Canada day, and throughout the year, we need to pray that God will open more doors and pull down obstacles, not only for Canadian writers who are Christian, but for all Canadian Christians involved in the creative arts. We’ve only just begun.

What do you think?

Has the climate for Canadian writers who are Christian changed?

What more could the rest of the Canadian Christian community do to support and encourage our homegrown writers?

How can we ensure that our grandchildren know about the Canadian Christian culture during our time?