What to do when you’re feeling depressed? Read a hope-filled book.

For the last four years or so, I’ve felt kind of overwhelmed. People being killed. So much lying and misinformation happening. Terrorist reports. Fears of white supremacy. Rogue police. Disagreements about water rights and climate control. Oil spills. Children without anyone to care for them. Bullying. Famine Drought. Fighting. Just plain nastiness going on all over the world.

I mean, let’s face it; this world is very messy. So many people seem to be driven primarily by anger, hatred, fear, and greed. The lack of compassion for others totally blows my mind.

Yes, it’s always been messy. I remember when John F. Kennedy was killed. I was in grade 9. People were building bomb shelters, and we all wondered if the world would survive much longer. 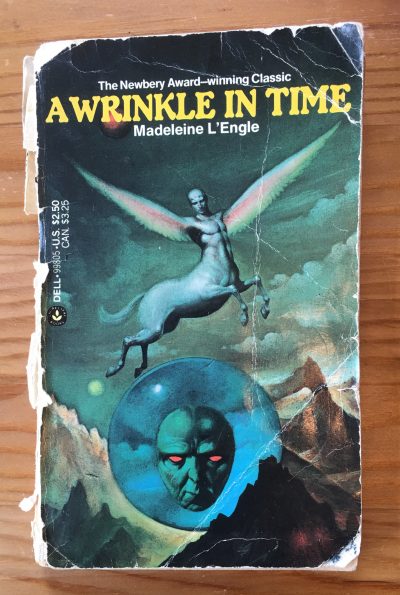 Yet back then, we didn’t know a thousandth of what we know today thanks to social media. It can be overwhelming. So many people hurting, dying… So much need… And I often feel guilty for not doing more to help.

But in the face of so much need, it’s hard to even know where to begin?

A couple of weeks ago, completely out of the blue, I felt a strong nudge to read the book, A Wrinkle in Time, by Madeline L’Engle.

When the idea didn’t go away, I remembered that Son #2, who took a bunch of our books with him when he moved into his own place, had included our well-used copy of the book in some boxes he’d asked us to store last summer. I was able to find the book and, since it was the weekend, settled in to read. It’s small, so I knew it wouldn’t take long.

And I was soon lost in a world where time could wrinkle and unexpected, seemingly ordinary people could make a huge difference.*

A Wrinkle in Time, winner of the Newbery Medal in 1963, is the story of the adventures in space and time of Meg, Charles Wallace, and Calvin O’Keefe (athlete, student, and one of the most popular boys in high school). They are in search of Meg’s father, a scientist who disappeared while engaged in secret work for the government on the tesseract problem. 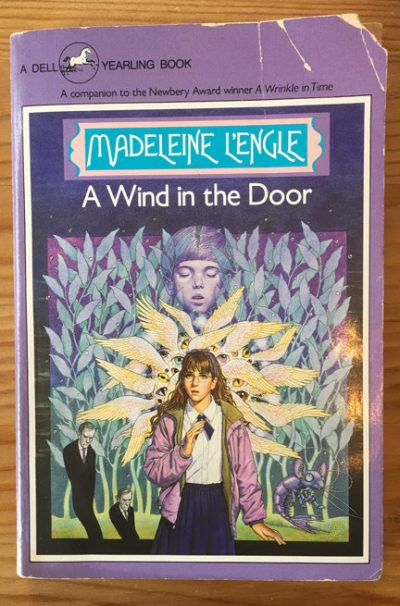 After reading the first book, of course I had to look for the second one, A Wind in the Door.

When Charles Wallace falls ill, Meg, Calvin, and their teacher, Mr. Jenkins, must travel inside C.W. to make him well, and save the universe from the evil Echthros.

And then the third, A Swiftly Tilting Planet.

The Murry and O’Keefe families enlist the help of the unicorn, Gaudior, to save the world from imminent nuclear war.

Happily, they were both in the box where the first one had been.

As I read these three books, I felt a peace come over me. And I was reminded, in a most fascinating way, of four things.

1. There’s a bigger picture that we can’t normally see, where a cosmic battle between good and evil is going on all the time.

2. While the world is very messy, it’s always been messy. Always will be messy, until the battle is finally won. 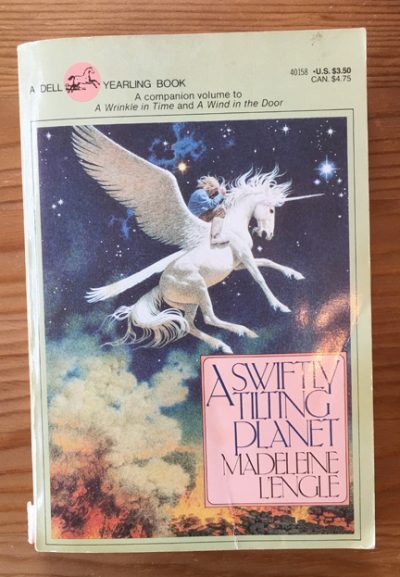 3. No matter how dark and depressing things might seem, there is always hope. Always.

4. My role in this world is simply to do what I can with the gifts and talents and resources I have. To raise my children to love God and serve him. To reach out to those in need. To do my part in caring for this world. To never stop learning. To encourage and empower others to be everything God created them to be.

Just as Madeline L’Engle used her abilities to write these inspiring books that have encouraged so many.

No, I can’t guarantee that her books will affect you in the same way they affected me. But I do suggest that if you’ve never read them, or if you read them years ago, you might check them out.

By the way, if anyone tells you these are children’s books, they’re wrong. They’re simply good books, and as an adult you’ll see things a child will not. And vice versa.

Alas, the last two books in this series, Many Waters and An Acceptable Time, weren’t in my house. However, it seems my local library has them, so I’ll be reading them soon.