One year ago today, Les and I were driving a sturdy rental car through a barren stretch on the north shore of Newfoundland when my cell phone rang.

First, I was surprised that there was any cell coverage—for much of this trip there wasn't.

Second, since I rarely give out my number, I was curious to know who was calling.

Then I remembered. Today was the day the surgeon had told me he’d call to let me know the result of the biopsy I’d had a few days before we left home.

We spoke briefly, partly because I was afraid we’d lose the connection. He was actually from Newfoundland, so he understood.

All he said was that I’d be having surgery when I got home.

I asked if it was okay to wait until then and he said it was. My being away wouldn't alter the timing.

Just three days before, Les and I had begun a three-week holiday in Newfoundland and Nova Scotia. It was to be a surreal trip.

To read my blog with more details, go here.

So here I am, exactly one year later, after having had not only a lumpectomy and the removal of two lymph nodes, but also eight rounds of chemotherapy, 21 days of radiation, and a wide variety of side effects.

I’m slowly getting back to feeling like what I call “normal" me.

But the question is, “What is ‘normal’ me?” Is it going back to being the person I was a year ago before the cancer diagnosis? Or has having cancer and all the related treatments and side effects this past year created a new “normal” me?

Honestly, I’m still trying to figure that out.

For now, I’ll just give you an update on where I think I am today.

Two months ago, shortly after I finished the radiation, I wrote a post about my summer priorities. (If you missed it, go here.)

#Top Priority (Not an option): Walking (a lot) and doing the exercises my physiotherapist gives me.

> I’ve been walking a fair bit since January. Some days/weeks are worse than others, when I have zero energy, but most weeks I manage at least 5 or 6 days when I walk.

My goal this spring and summer has been to get at least 35 minutes of active Nordic pole walking (my exercise of choice) at least 6 days most weeks. Which works out to 2 or three 10-20-minute walks around my neighbourhood. I started by aiming at 5,000 steps and slowly worked up to 7,000. Having a Fitbit helps.

> I’ve tried to do the exercises from my physiotherapist every day, although now and then I miss a day.

>She also has me putting Castor oil and heat on the areas where there’s still inflammation from the surgery and radiation. The whole process usually takes up to an hour or more, and ideally I do it all twice a day. Some days I do the heat longer, for up to an hour.

The more or less optional goals were:

1. Spend some quality time with family members who have barely seen me for the last eight months.

Well, I saw all of my sons and our grandkids at least once this summer. Some of them several times. Missed seeing one daughter-in-law and their co-housing partner, but got a tour of their remodelled house, so that was good. I would have liked to spend more time with them all, but I just didn’t have enough energy.

Les saw the grandkids more often because he helps drive, etc. when there are scheduling conflicts.

2. Go through our stuff in order to get rid of things we no longer need. (We'd originally planned to do this last fall and winter.)

Okay, forget that. Other than getting out summer clothes and so forth, and maybe putting aside a few things I no longer need… Did. Not. Happen.

3. Do some writing. That included a few more cancer posts, restarting my weekly memoir posts, perhaps a few other posts about random things I’ve thought about over the past months, and maybe a few short stories.

Sigh. During August and September, I’ve been posting some of my writing workshop materials for a Facebook group while my friend who runs it has been off the grid for a while, but that’s just about all I’ve accomplished.

So I'm taking stock again and coming up with new priorities. 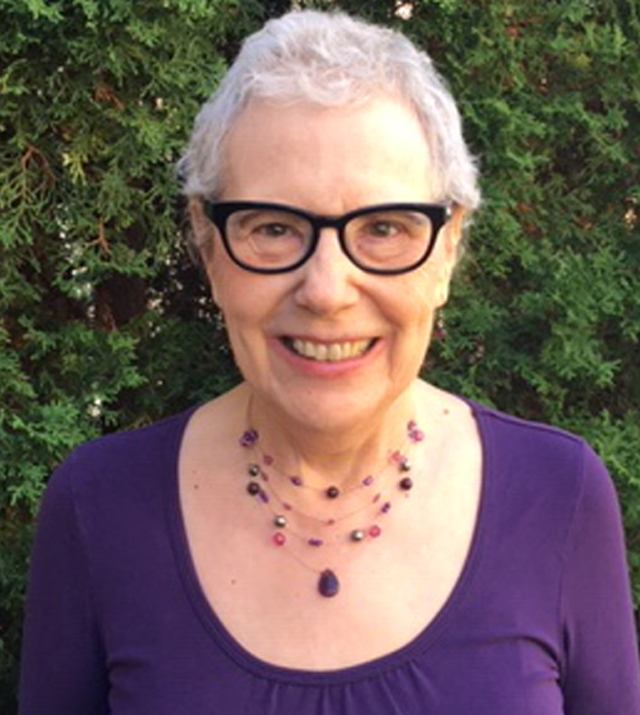 Basically, although I have some days where I do feel almost like my old self, I know that one or a few good days will be followed by a few where I have zero energy.

Walking and physio exercises are top priority (not an option!) (I plan to write a blog about this.)

My hair (the loss of which was the most obvious side effect) is roughly an inch and a half long now. Not quite long enough to style yet.

And then there are the other health-related issues.

> Like needing a root canal in May and then another one in August because of ongoing soreness (not quite pain, but…). Yes, chemo can affect teeth, too. Not sure I'm done with them yet.

> I actually had to have a tooth removed in early September of last year, and because of the chemo and so forth I wasn’t able to get the implant done. I see the specialist next week and will hopefully be able to get that taken care of soon.

> In early October, I have another mammogram scheduled, plus a visit with my surgeon few days later.

> I also really need to get my eyes checked, and I had to wait for that as well. My appointment is in mid-October.

> On October 22nd, I see my medical oncologist again on so he can check how I’m doing. I’m also scheduled to be injected with something called zoledronic acid that day. It helps prevent bone cancer and I think it also helps with osteoporosis (one of the possible side effects from the drugs I took earlier). Of course, it has a number of potential effects. :)

As for the other things, I have a new To Do list for the next few months.

1. We’re doing a few things around the house, and have designated one day a week for repairs and getting rid of things.

2. I recently went through my unfinished writing projects and used a chart I created years ago to identify the ones I most want to do.

3. I also realize that the cancer could easily come back, and because it’s triple negative, it might come back sooner rather than later.

One other thing I should mention.

Not so much recently, but for the seven months from the start of the chemo to a month after the end of the radiation, I had a lot of nights when I couldn’t sleep. Sometimes I just read mysteries, usually on my Kindle, until I got sleepy enough to sleep again. But other times that wasn’t enough, and I found myself checking Facebook and Twitter.

A lot of what I saw, especially on Twitter, was about issues that (whether they should be or not) are political. Like minimum wages, money for children with autism, gun violence, immigrants seeking asylum, how best to end abortion, the #MeToo and other movements, and so forth.

As I followed the various threads, both Republican and Democrat, Liberal and Conservative, I realized something. A lot of people follow only one side of the debate and either ignore or disparage the other side without necessarily fact-checking.

Maybe because I’m a writer who likes to be as accurate as possible, I tend to read both sides; look for facts; and not only opinions; and evaluate what I see to decide what rings true to me. I then do my best to amplify what I believe is right. For many months, reposting or liking posts has been all I felt I could do.

Because of that, I’ve honestly found it difficult to focus on going back to just writing my stories and ignoring what’s happening in the world around me. I feel like I've been a Watcher, observing, albeit from a distance, so much cruelty, racism, sexism, propaganda, and lying that I can't just go back to my "normal" life and pretend it's not there.

I follow some writers’ and other public figures’ social media and it’s all about their writing, acting, songs, games, and so forth. I understand why they do it, but I don’t think I can. So I’m going to try to find a balance.

I need to create a few posts about what I've observed during the last year while aIl I could do was read and listen. Some of the things I need to say might not be quite what everyone who knows me might expect. They might even annoy some people. But I need to do more than observe.

Anyway, for now, I’m enjoying the sunshine, our backyard garden (which still looks amazing), and feeling a little more like “normal” me. 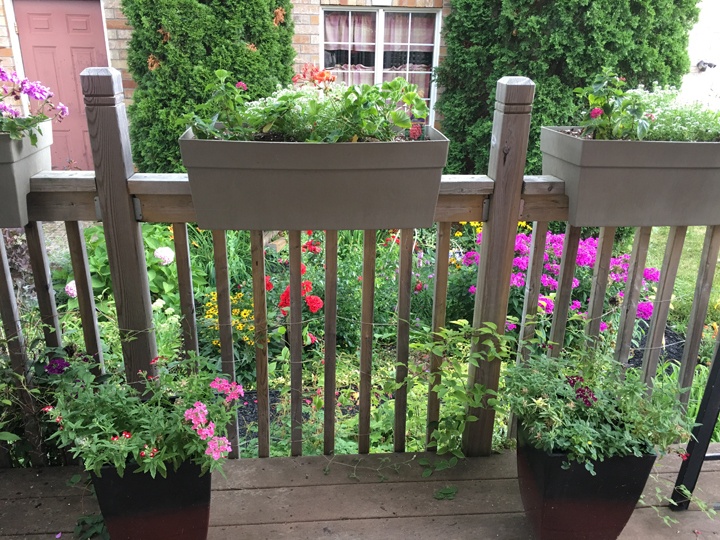 Yes, we have some annuals, but mostly I love perennials so much!