I don’t think I’ve ever actually hated my hair, because I was always glad I didn’t have fine, straight hair like my mother’s, but sometimes I came close to hating it. 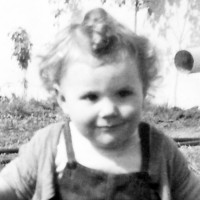 When I was very young, I blamed my mother. Not for my hair, but for hurting me when she washed, brushed, or combed it. It would always get tangled, and when she tried to untangle it, she’d pull, and it would hurt.

Almost every time I had a bath, I ended up crying, so I came to loathe baths.

Of course, part of me blamed myself. After all, it was my hair that was behaving badly. And that made me bad by association.

There was a little girl,
who had a little curl,
Right in the middle of her forehead.

You can likely guess who I felt that poem was about.

Mom had to work really hard to keep her hair full and in style, including getting frequent perms. Dad’s hair was thicker, but also straight.

Neither of them seemed to have any idea that all hair isn’t the same, or that some hair should never be brushed and combed. And I, of course, had no idea either. It never even once occurred to me that the ultimate method of looking after hair might be to let it do its own thing rather than trying to control it.

I suppose if my hair had been really curly, it might have been easier. But while my hair definitely wasn’t straight, it wasn’t really curly either. It curled a little. And it kind of waved. And it sort of frizzed. And it never did what my mother wanted it to do.

Of course, I know now that if it hadn’t been brushed and combed all the time, it might have been curly. 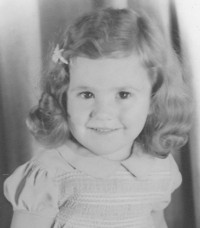 But for us, it was always a matter of behaving. We said that my hair had a mind of its own. Which was true. No matter how you brushed and combed it, it did whatever it wanted to do.

The picture to the left shows me at almost three, with my hair as long as it was ever allowed to get.

As you can see, it was being combed and brushed and held down with barrettes to make it behave. It ended up looking wavy.  And this controlled look likely lasted a few hours before it started looking somewhat frizzy.

Shortly after this picture, my dad cut my hair short, which led to fewer problems with tangles, but didn’t eliminate them. And didn’t do anything for how I felt about my appearance. 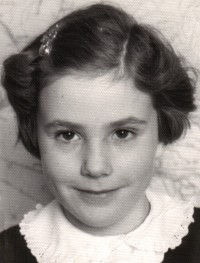 My hair stayed pretty well like it is in this picture of me in grade 2. Short enough not to cause much of a problem with tangles, but still long enough to be just a tad out of control.

I was about nine when my mother started letting me wash my own hair. What a relief! I towel-dried it carefully and never pulled it. But it was still a pain to control.

Wetting it—which was what my mom did to her hair to get it to do what she wanted—had the opposite effect on my hair. It was actually better-behaved when it was dry. Which is one reason I only ever washed it once a week. Well, that plus I still hated showers and baths due to their association with the stress involved when I was younger.

Any time I considered letting my hair grow, either my mother would talk me out of it or I’d see how frizzy and weird it was getting and change my mind. For all those years, I disliked my hair, but since I was stuck with it, I felt I might as well ignore it as much as possible. 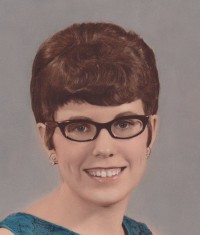 From grade 12 through university, I basically had my hair even shorter than before.

If you look closely at the picture to the left, you’ll see that even at that very short length, my hair was doing what it wanted to do, which I now know was trying to curl!

The fall after I graduated from university, I decided to let my hair grow in just so I could see what it actually looked like. My mother, of course, urged me not to do it. 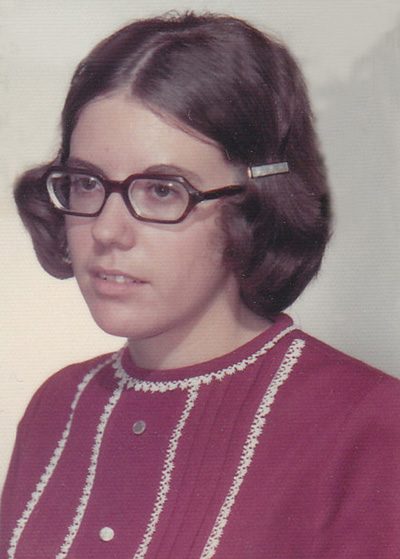 But I was 21 and felt the time had come for me to try to tame the beast.

The two years I spent growing it out were kind of frustrating. For quite a while, I wondered if my mother had been right and I should keep it short. But as it grew, I discovered that the weight actually helped it stay straighter.

That and the huge curlers and the portable dryer. And it was back to barrettes to try to contain it.

It might not have been my ideal hair, but I didn’t hate it, and I was curious to see what it would do when it was long. 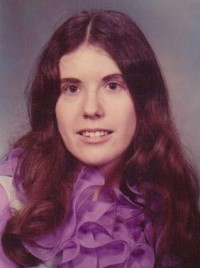 It ended up getting quite long, and I was happy.

In the picture to the right, I was 23, in my second year of teaching high school.

I kept it close to that length for a long time.

Over the years, I’ve generally kept it long, although I sometimes cut it shorter for a time. Never anywhere near as short as I had it when I was in university, though.

Each time I saw my mother, she’d suggest it would look better short. In fact, she kept making that suggestion right up until she was in her late eighties.

But I still didn’t know my hair was curly. I still thought it was wavy and really annoying, with a mind of its own.