With all the cold and dreariness but neither the excitement of January nor the anticipation of March, February used to be a depressing month for me. 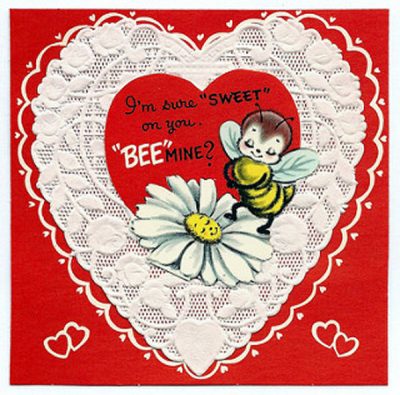 When I was in elementary school, I found Valentine’s Day somewhat terrifying, because I was always afraid none of my classmates would give me cards.

In reality, I probably got an average number, but then I’d assume some of them were from people who felt sorry for me or whose mothers made them give a card to everyone.

Growing up, I found making friends difficult. The truth is, I still do.

I’ve learned that a lot of that had to do with my being adopted shortly after my birth and living thereafter with an unconscious sense of being rejected by my mother—something that wasn’t universally recognized at the time. To put that into concrete terms, it means I’ve lived my entire life not expecting people to like me, and not being surprised if they seemed to like me for a time but later rejected me.

Everyone thought I was shy, but that wasn’t true. I was reserved, subconsciously keeping back from fear of being rejected again, and only moving forward when I was invited or when I was in a position of control.

I’m still that way. My default assumption is that people won’t like me. Now that I realize I feel that way, and why, I’m somewhat able to ignore the fear, but of course, there have been times when people have rejected me after they got to know me, and that just validated my original beliefs. So there’s always a bit of a struggle, and usually it’s just easier to wait and see than to take a chance and be rejected.

However, I still find Valentine’s Day annoying. Perhaps mostly because it just seems to be an excuse to guilt people into spending money on things no one really needs.

My dad’s birthday provided some balance.

My dad was born on February 13, 1912. The second-youngest of 12 kids, he died too soon from lung cancer in November of 1992, at the age of 79. (His older brothers taught him to smoke “out behind the barn” when he was eight, and although he quit cold turkey in his forties, it wasn’t enough.) His younger sister, Jean, actually lived to be 103.

In many ways, my dad was my rock. I never once ever doubted that he would be there for me. Even when I dropped out of a Masters’ program in university after one week, I knew that although he’d be disappointed, he’d back me. And he did. Even though I was adopted, I knew I was his daughter forever.

And I’m so glad he was here to see his grandsons born—he adored them.

And he was so proud when my first book was published a year before his death.

So February the 13th, even when it fell on a Friday, was always a good day. And it’s still a good day.

On February 18, 1980, we added a new family member with a February birthday.

Our third son, Daniel Timothy, was born in the hospital in Regina, Saskatchewan.

An adorable, easy-going baby (just like his brothers), he gave us a wonderful reason to celebrate February!

We actually had a few people commiserate with us because we’d had a third son, and we just looked at them as if they were crazy. Les and I had both hoped for a third son, and Daniel was and is everything we could have wanted!

But something else happened during that hospital stay.

After Daniel was born, I was put into a double room with only a thin curtain separating my bed from that of an attractive young mother who’d just had her first child.

I pegged her as mid-to-late twenties, which tells you how good I am at guessing ages. Turned out she was barely sixteen.

Because I’d had a C-section, I wasn’t moving around very much during the first day or two, so I unwittingly overheard a lot of the conversations on the other side of the room. After a while, I felt I had to jot down a few things.

At that point, even though I didn’t have time to write, I knew I would some day, and I wanted to be ready. I’d been to a conference in Calgary the summer before my second son was born, and everyone told me that writers always kept a notebook beside them to jot down ideas. I knew that I was getting some priceless firsthand information. So I made notes.

About ten years later, I wrote a short story called “Conversations in Baby Blue.” I changed a lot of the details, but it’s about a young girl who’s just had a baby. For a long time, the story sat in a file because I didn’t know what to do with it.

In 1998, something happened to make that story much more relevant.

On February 3rd, 1998, four days before her birthday, I got my first letter from my birth mother. So February 7th, her birthday, was added to my list of memorable days in February.

After my first grandchild’s birth, I spoke to some ladies from Parent Finders and they gave me the address of the Post Adoption Agency in Regina. I wrote them, and soon after, they told me they could connect me with my birth mother because she had contacted them several years earlier. The first thing they asked was that we write letters to each other.

My birth mother told me that when I was born, she was sixteen. And while both the young girl who shared my hospital room in 1980 and the young girl in the story I wrote had to decide whether to keep their babies or give them up for adoption, my mother was given no choice. Her parents took her to a home for unwed mothers in Regina where her baby would be given up for adoption, and no one ever asked her if she preferred to keep me.

But while very few unwed girls and women in those days were able to keep their babies, that didn’t mean they forgot them. My birth mother has told me she prayed for me every single day.

Because of my experience back when Daniel was born, of sharing a room with that sixteen-year-old girl, I could envision what it must have been like for my birth mother, and sympathize.

February, the month I used to feel ambivalent about, has become one of my favourite months! 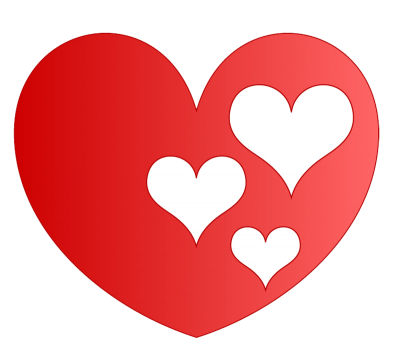 And while I’m still not a big fan of Valentine’s Day, I want to send out a Valentine to:

My short story was published a couple of years ago in the anthology, A Taste of Hot Apple Cider, which is on Amazon, Kobo, etc.)

If you missed it, check out my post on how Valentine’s Day could be improved.