For most of my life, I’ve thought I was kind of weird. Or maybe that there was something wrong with me. 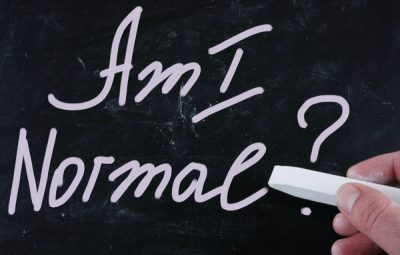 Perhaps the easiest way to explain is to tell you how I write my short stories and novels.

People are always talking about how to make fictional characters seem real. And there are lists of things you can do to make your characters work and so forth.

This has always baffled me. Yes, I know there are little things you can do, such as making each character speak differently and so forth, but I rarely, if ever, think about those things.

My way of writing fiction is to become the character.

I don’t know any other way to do it.

It’s easy in a single person point-of view book, like my Circle of Friends series or In Time of Trouble.

In a book with many point-of-view characters, like my mysteries, I simply go from one to another. 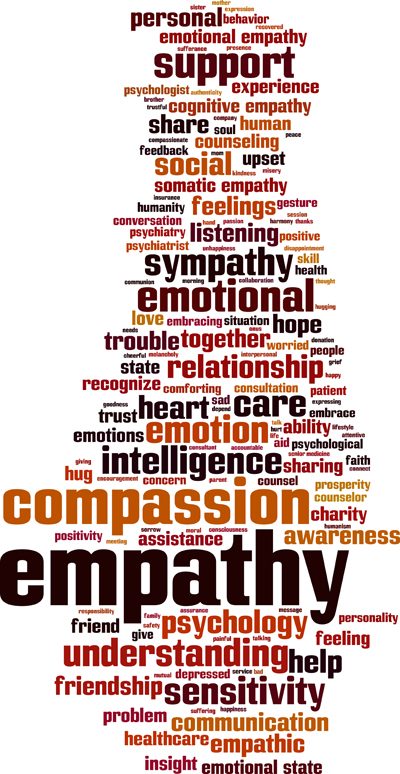 I’ve spent most of my life feeling kind of weird

I can be in a group with other people, and I often believe I know how some of the others are feeling, or even what they’re thinking.

But I usually don’t say anything. Either I don’t feel I have the right to say something since it’s only my intuition and I might be wrong, or I don’t know what to say or how to say it. So the other people might think I’m not interested, or I don’t care, or I’m not even listening.

Or I can be feeling good, but if I sense that the person I’m with is tired or angry or something, I usually lose my good feeling and begin to feel how the other person feels. But, again, I rarely say anything.

I’m a fan of all the Star Trek shows for many reasons, but it’s appropriate to mention here that one of the reasons I particularly loved Star Trek: The Next Generation was that in a small way I related to Deanna Troi. Deanna was part Betazoid and part human, which made her an empath who senses only emotions but not thoughts. She was also a student of psychology, as am I.

Even though this was science fiction, it was the first time I remember seeing something in the neighbourhood of how I felt. Of course, Deanna was generally accurate in her understanding of other people’s emotions, whereas I have no idea if what I sense from other people is accurate or not (which makes me very reluctant to say anything).

But just knowing that there was this thing called empathy definitely gave me hope that perhaps I wasn’t so strange after all.

Recently, I read Meet the Austins, a children’s novel by Madeline L’Engle, and something jumped off the page at me.

I honestly don’t remember whether or not I’d read the book before, or just given it to my sons. I know we’ve had it for years. All I know is that if I had read it before, I didn’t notice anything particular then. This time I did!

Background: Vicky is twelve. Her brother John is 15. Aunt Elena (not an actual aunt, but a close friend of their mother’s) has lost her husband, Uncle Hal, who died in an airplane crash. 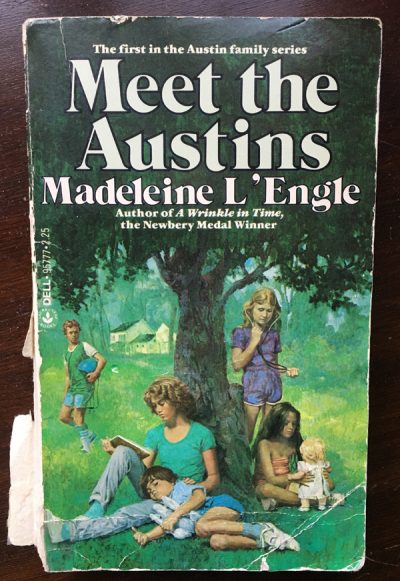 In this scene, Vicky goes to sit by her father’s younger brother, her Uncle Douglas.

“What’s on your mind, young lady,” he asked me.

I did have something on my mind; I did want to talk to him; how did he always know? “Uncle Douglas,” I said, “why is it that John can show Aunt Elena he’s sorry about Uncle Hal and I can’t, and I’m so terribly, terribly sorry?”

Uncle Douglas put his arm around me and his beard rubbed gently against my cheek. “Aunt Elena knows you’re sorry, dear.”

“But why does John know what to say, and how to say it, and all I can do is act stupid, as though it didn’t matter?”

“Just because it matters too much. Have you ever heard of empathy?”

I shook my head.

“John can show Aunt Elena how sorry he is because he has a scientific mind, and he can see what has happened from the outside. All good scientists have to know how to be observers. He can be deeply upset about Uncle Hal and deeply sorry for Aunt Elena, but he can be objective about it. You can’t.”

“Because you have an artistic temperament, Vicky, and I’ve never seen you be objective about anything yet. When you think about Aunt Elena and how she must be feeling right now, you become for the moment as though you were Aunt Elena; you get right inside her suffering, and it becomes your suffering, too. That’s empathy, and it something all artists are afflicted with.”

Wow! Seriously? I am totally Vicky!

But why didn’t I know this? Why didn’t someone tell me?

What this says to me is that it’s okay to be me. I’m actually normal! Not weird at all!

I wonder how many other empathic people feel kind of weird and somewhat overwhelmed?