We had a great time in Vancouver. Eighteen people turned up for our Greater Vancouver Writers’ Day workshops. I think everyone was happy. I know Les and I were. Great to connect!

We also managed to touch base with other members of The Word Guild from the area, including Lando Klassen, owner of the House of James, and authors Grace Fox and Carolyn Arends.

Plus we checked in with Flyn Ritchie of Canadian Christianity, and even had a quick interview with managing editor David Dawes, who has interviewed me in the past, but always via the  phone or email. Nice to connect in person.

The rest of the time over the past few weeks we were connecting with family, from 90 members of Les’s mother’s family (including her five sisters – see photo below – Les’s mom is on the far right – and four cousins from Norway) at a family reunion near Swift Current, Saskatchewan to a visit with my birth father and some of his family in Northern Saskatchewan, and an evening with my cousin and her mother, my 96-year old aunt, in Saskatoon. 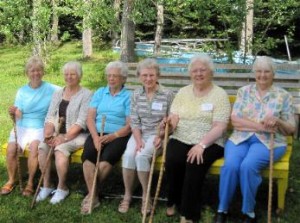 Can’t omit the great food at the reunion, the super Saskatoon pie my cousin made, the borscht Les helped my birth father’s wife make, or the pancakes with chokecherry syrup my cousin’s husband made before we left for the airport to fly to BC.

In BC, we stayed with Les’s mother, and managed to see more of Les’s family, including his brother from Toronto (whom we rarely see here!), an aunt, and his niece and her family from Cape Breton Island. Then we saw my aunts from White Rock and Winnipeg (another timely visit) and my birth mother and some of the members of her family. The timing was interesting since my birth mother had a pacemaker put in while we were there – not planned, but worked out very well. We also had lunch with a pastor friend we church-planted with in Regina years ago.

On our one free day, we went to Granville Island and Queen Elizabeth Park and the Bloedel  Conservatory. 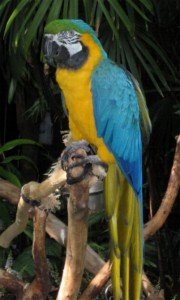 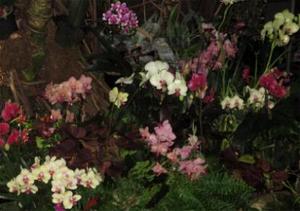 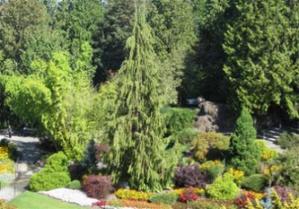 Yes, there was more great food, including some terrific seafood (salmon, shrimp, clam chowder, halibut, etc.), an amazing piece of blueberry pie, and some great yam and sweet potato fries. Got some amazingly good licorice at the Granville market.

And now we’re home, dealing with the three-hour time change, and feeling a bit deluged by all the things we need to do for the coming months. More on that later. Technically I’m still on holidays until September 7th. Realistically, well, we’ll see….