What Gives You the Right to Criticize Me?

What Gives You the Right to Criticize Me?

Help! I Need Somebody…

Help! I Need Somebody…

It seems to me that if we really knew God the way he wants to be known, we’d be falling all over ourselves trying to introduce him to others. 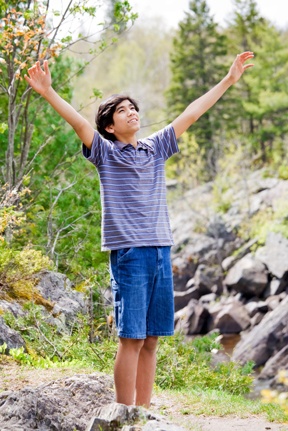 Unfortunately, many people’s relationship with God goes like this: “I’ll believe in you, live a fairly decent life, and attend church when I can; you’ll see that nothing too bad happens to me, and you’ll get me into heaven when I die.”

At best, that’s a bargain. At worst, it’s an insult. It definitely isn’t a relationship.

God actually created human beings in order to have loving companions. And in the beginning, he walked with Adam and Eve and talked with them face to face.

But sin got in the way, and Adam and Eve hid their faces.

“Then the man and his wife heard the sound of the LORD God as he was walking in the garden in the cool of the day, and they hid from the LORD God among the trees of the garden. But the LORD God called to the man, ‘Where are you?’"
Genesis 3:8-9 NIV

Even though sin had destroyed the close relationship God had with his created beings, God didn’t give up.

And, fortunately, some people understood. Genesis 5:22 says that “Enoch walked with God; and he was not, for God took him.”

Later, God had close relationships with Job, Noah, Abraham, Jacob, Moses, Joshua, Gideon, Deborah, Mary, Martha, and, of course, David, who was called “a man after God’s own heart.”

And then came Jesus, who not only spoke intimately with God, but encouraged his disciples to call God “daddy,” and left us the Spirit of God—who lives within each person who acknowledges Jesus as Lord.
​
​God isn’t somewhere up above us in the sky behind some kind of invisible barrier. He’s right here, either living or wanting to live in our hearts. The door to an intimate relationship with God—the kind of companionship we all long for—is wide open!

And yet…how often do we walk through that door? Like Adam and Eve, we hide from him. Or we think only great leaders should speak to God, by proxy as it were (just as the Children of Israel, out of fear, asked Moses to talk to God for them in Exodus 20:18-19).
We're even leery of anyone who uses the words, “God said….”

True, that phrase has been frequently used as a weapon to put others down or dictate what one person wants others to do. Rarely is it used in normal conversation. For example, “This morning, God told me how much he loves me!”

How foolish! God himself wants to be our closest companion, and we prefer to look the other way!

Long ago, the child Samuel heard someone calling to him as he slept. He awoke and ran to Eli, the priest he served. But Eli hadn't called.
When this happened a third time, Eli said to Samuel, "This time, when you hear the voice, say, 'Speak Lord, for you servant is listening.'" Samuel obeyed, and for the first of many times, he heard God speak directly to him. (1 Samuel 3)
Like Samuel, I was lucky. I can't remember a time when I didn't know that God loves me, and that he's my best friend and constant companion. If you don't know that yet, please give him a chance. Ask him to show you he's real.
And if you do know him, but have never heard his voice, like Samuel, begin by learning to recognize his voice. Remember that he usually speaks, not as a fearsome dictator or nagging parent, but as an intimate, trusted friend.
Once you've heard his voice, you'll long to introduce him to others who haven’t met him yet.