“Once in a while, right in the middle of an ordinary life, love knocks our doors, enters our lives, & changes it forever. You start believing in dreams, you start making wishes & you start to trust your heart even more! That love holds your hands & makes you feel you are safer than ever; that love makes you believe that nothing can go wrong now; and oh that warm hug, which makes you want to spend your entire life then & there!"

Well, believe it or not, that's pretty well the kind of love my parents had. Although their meeting was a little different and no members of the royal family were involved. 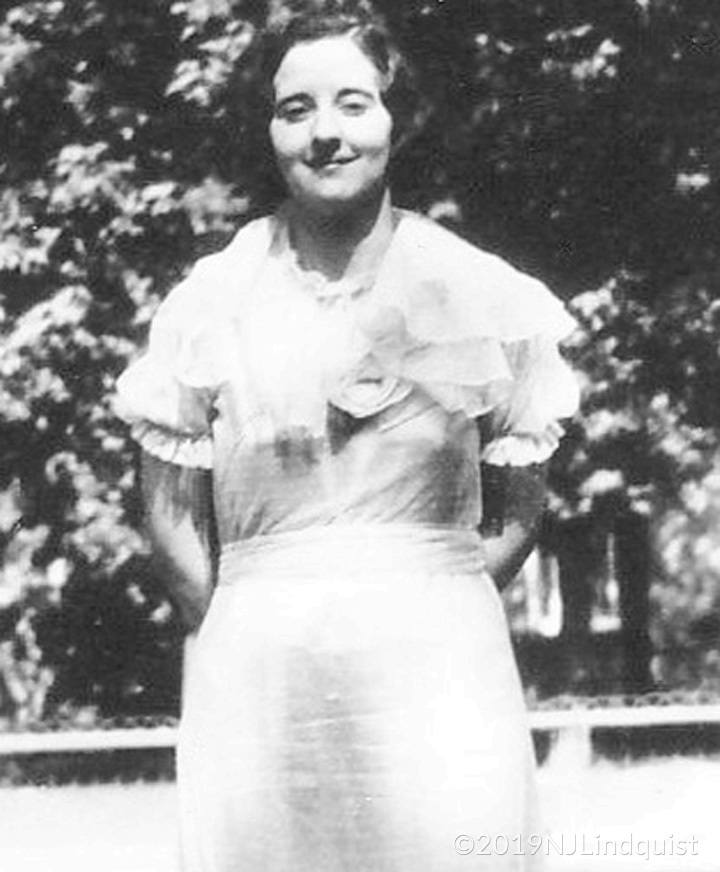 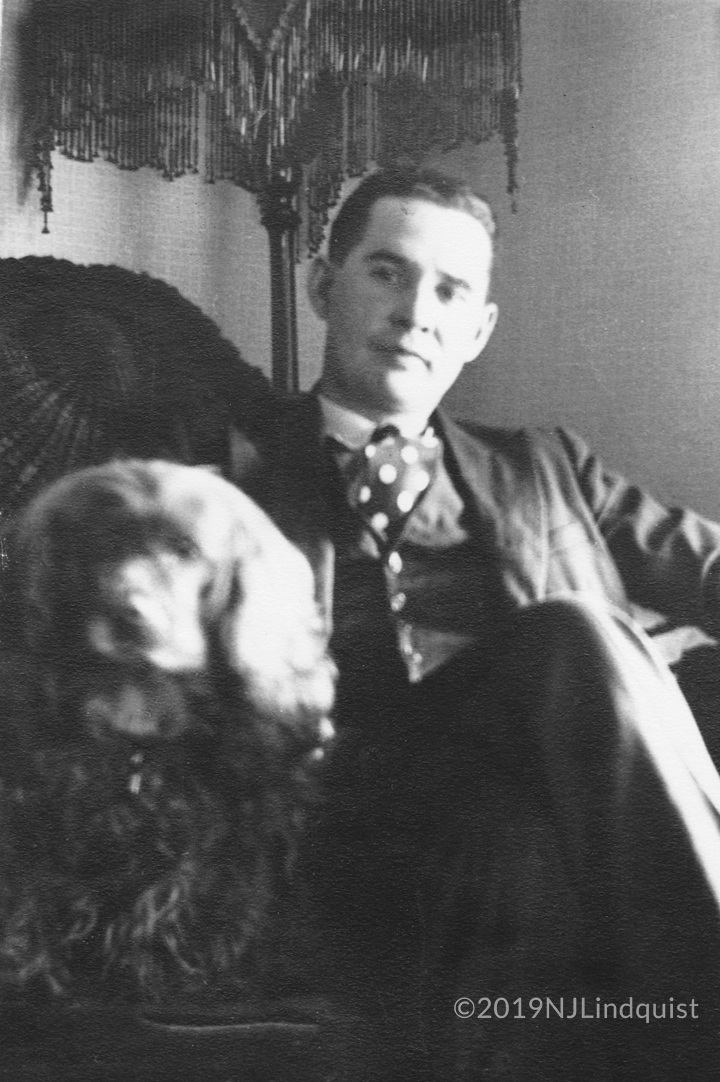 Jim's parents and youngest siblings lived in Rossburn, Manitoba, a village about 24 km north of Kelloe, the village where Robert had lived with his mother after Jennie sold the farm. Jim's father was a barber and also owned the town pool hall. Robert was about a year and a half older than Jim, and Jean was four months younger.

Jean first noticed Jim when he was working on a threshing gang that came to their farm. In those days, not every farmer would own a threshing machine, so someone who had one would hire workers and visit the farms in the area to help harvest the ripe crops. They'd stay for a few days or a week at a time depending on the size of the farm. The farmer's wife and daughters would make meals for the men. Jean saw Jim in their kitchen, and, in her own words, "took a fancy to him."

I don't know if they kept in touch, if Jean was visiting family in the Rossburn area when they met again, or if Jim had come to Brandon to see her, but they began to date and things became quite serious.

I'm pretty sure that Jean's mother, Jennie, and some of her older brothers and sisters wouldn't have been happy about this. Pool halls weren't exactly the best place to hang out in those days. They were often filled with smoke, encouraged gambling, and allowed alcohol. And Jim's dad not only owned the pool hall, but he and his family lived above it. The fact that he was also a barber might have helped, but not much.

Plus, while they considered themselves Presbyterian, Jim's parents weren't even remotely as committed to the church or Christianity itself as the Shaw family, especially Jennie and her late husband.

In the end, Jean broke up with Jim because of his drinking. While her brothers might have a drink now and then, Jim went further. When Jean asked him to stop drinking, or at least slow down, he seemed unwilling or perhaps unable to do so. So she felt she had to move on. She retained a soft spot for Jim, but she knew she'd been wise to break it off with him.

As it turned out, it wasn't long before Jean met someone else. She'd been working as a waitress at the Lyceum Cafe, and one of her frequent customers was Howard Maltby, a 28-year-old baker who'd moved to Brandon from New Brunswick. Howard had a job with the largest bakery in Brandon, and although it took a while, Howard eventually convinced Jean to go on a date. They were married on November 27, 1937.

Sounds like the end of the story? No, it hasn't started yet.

Jean's daughter and I have been unable to figure out exactly how it happened, but during the time Jim and Jean were dating, Jim had introduced Jean to his sister, Margaret MacDonald, and the two women became friends.

Early in April of 1938, Bob apparently saw Margaret with Jean, and asked his sister for an introduction. I'm guessing that Margaret was visiting Jean in Brandon at the house she and Howard were living in after their marriage, but it's possible that Jean, Howard, and Robert went to Winnipeg for some reason. In any case, Jean introduced them and sparks flew.

Robert was eleven months younger than Margaret, who had been living in Winnipeg and working for Eaton's since she was 16 (almost 12 years). When they first met, Margaret had been engaged for seven years to a man named "Tommy." (I did hear his last name, but I've forgotten it). Tommy's wife was Catholic and although they were separated, she refused to give him a divorce.

A few weeks after Margaret met Robert, she broke off her engagement to Tommy. 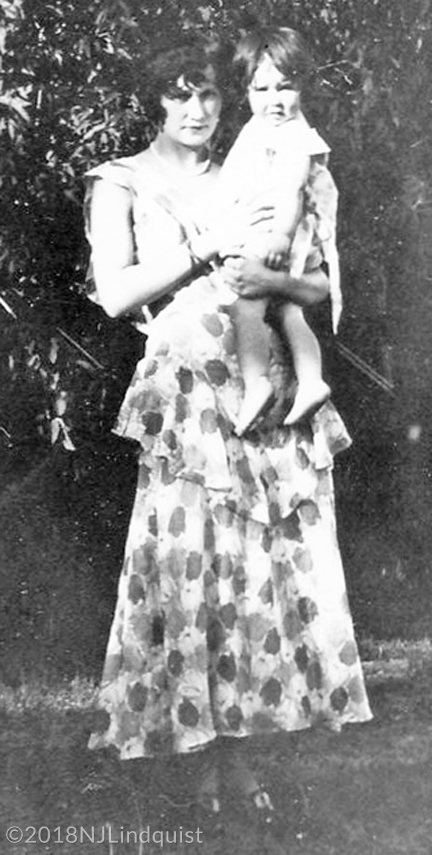 Robert and Margaret had a few things in common.

But they also had a lot of differences!

They do say opposites attract!

In Margaret, Robert no doubt saw a very attractive, independent, big city girl who dressed in the latest fashions, played tennis, danced, and enjoyed life. She was probably unlike anyone he'd met before.

In Robert, Margaret would have seen a tall, dark, handsome man who cared about his appearance and was the strong, silent type who would look after her.

Added to that, I think they recognized the same longing in each other. Both had had some hard knocks, but kept going. And they both wanted what others had―a family, a home, and a future that was better than the past. Together, they might make it.

So on Sunday, May 15, 1938, just six week after they first met, Robert and Margaret were married in Brandon, Manitoba, where Robert lived.

Margaret saved the clipping from the newspaper.

The marriage of Olive Margaret, daughter of Mr. and Mrs. Bruce MacDonald, of Rossburn, and Robert Alexander Shaw, youngest son of Mrs. George B. Shaw, was solemnized in the manse of First United Church on Sunday afternoon, Rev. F. E. H. James officiating. Fourteen were present to witness the ceremony.

The bride was given in marriage by her father and wore a pretty wedding dress of white satin with a wreath of orange blossoms in her hair. The attendants were Mr. and Mrs. Howard Maltby, the latter wearing a frock of pink taffeta with matching accessories. During the signing of the register, Mrs. Albert Roney sang “In the Garden,” the accompanist being William Johnson.

Following the ceremony, a wedding dinner was served in the home of the groom’s sister, Mrs. Roney. The guests present were Mr. and Mrs. Bruce MacDonald, Fay, Terry and Mervin MacDonald, and W. Johnson, all of Rossburn, Mrs. G. B. Shaw, Mr. and Mrs. Maltby, Mr. and Mrs. Roney, and Miss Lillian Lovatt, of Brandon. Mr. and Mrs. Shaw will reside in the city. 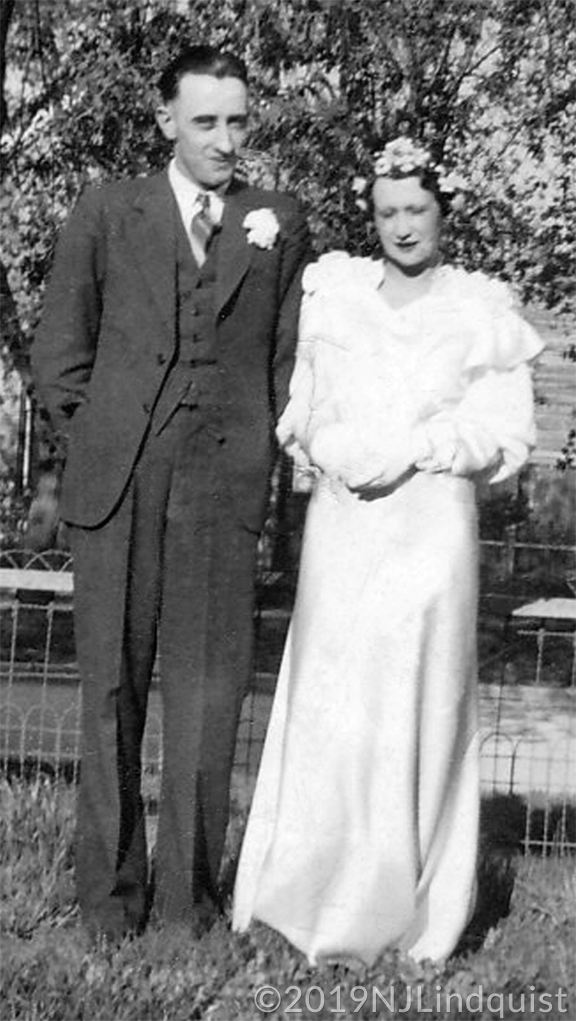 I have no idea whose wedding dress Margaret wore. Unless it was an impulse buy, I assume someone gave or loaned it to her. It definitely wasn't something she'd normally have chosen, and I know she didn't like it (especially the wreath in her hair). She kept the small wedding picture in an album.

I find it surprising that Margaret's aunts Maudie and Ettie weren't at the wedding. She'd been boarding with Maudie and Mac for quite a few years, and was close to Ettie and Bert, too. Her brothers Jim and Hughie weren't there either. Her sister Brucie was also at the wedding, but someone accidentally missed her in the write-up. She'd have been nine, while Terry was five and Faye three.

Margaret's dad never had enough money to buy a car and never learned to drive, so unless her brother Mervin had a car (he'd have been seventeen), they'd likely have come by bus. Unless W. Johnson from Rossburn had a car. I've no idea who that was. Nor do I know who Lillian Lovett was. A Francis Bain was also at the wedding.

Most of Robert's sisters and brothers didn't live very far away, but none of them came. In fact, Walter lived right in Brandon, and he and his wife aren't mentioned!

But this was 1938, and the Depression was at its peak, so it might have simply been a lack of money as well as the short notice. Plus, even this small number of people would have been very crowded in the dining room of the Shaw/Roney house where they all went for the wedding dinner.

That house was about to become Margaret's home, too.

For Margaret, the most lasting memory from her wedding, a story she told me many times over the years, concerned her father. 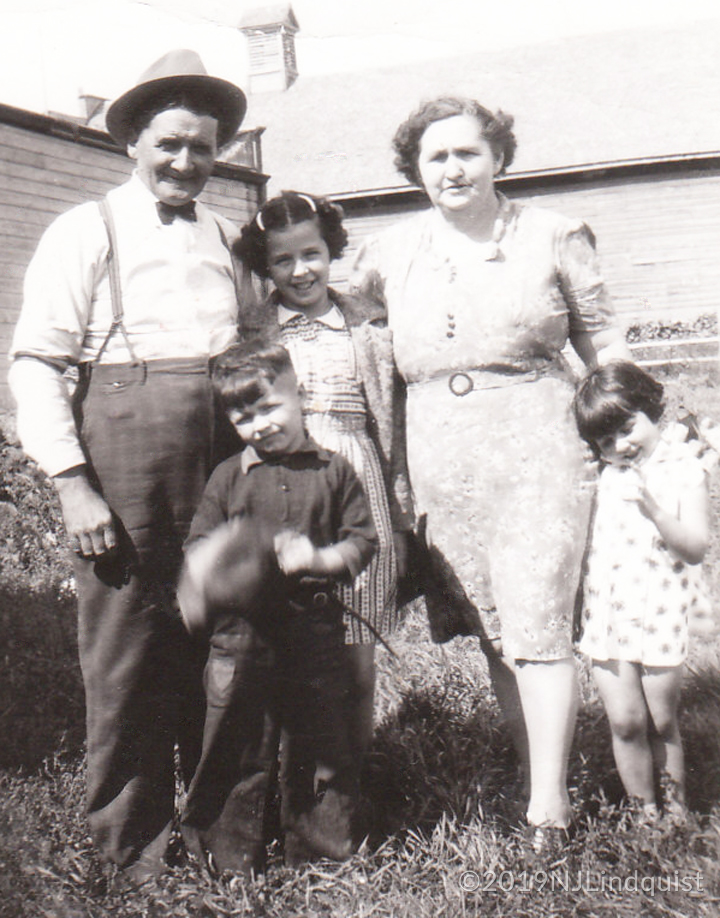 After the ceremony was over, when the guests were getting ready to leave, her dad told her how embarrassed he was that he’d been unable to buy her a wedding present. He apologized several times, and then said he’d give her all the money he had.

He then reached into his pocket, pulled out a quarter, and handed it to her. At the time, a quarter was the price of a haircut.

Each time Mom told me that story, her eyes filled with tears.

She remembered him as a laughing, cheerful man who was always joking, but it must have been very difficult for him, especially during the depression. He worked long hours as a barber as well as running the pool-hall, yet was barely able to provide more than the basics for his family. I assume the wedding was on a Sunday so Bruce could come up in the morning and get back that night or first thing the next morning and not miss any work.

I don’t know about you, but my mind kind of boggles at the idea of marrying someone you've known for just six weeks. However, marry they did, and despite massive differences between their backgrounds, personalities, and interests, as well as struggles with things beyond their control, they stayed together for more than 50 years.

Do you have any "Fairytale" stories in your family's history?

Click here if you missed the story of Margaret and her family.

Click here if you missed the story of Robert and his family.