Where did you get the idea for this series?

Authors are always being asked where they get their ideas. Sometimes it’s hard to explain because the idea kind of grows inside your head until you either explode or write it down. Other times, you can pinpoint the very moment that the idea came to you, full-blown and clamoring to be written. The Best of Friends was the latter kind of book. 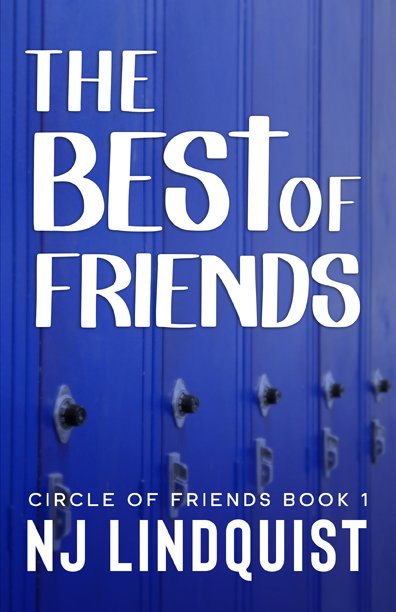 I was actually taking a correspondence course in writing at the time, and I was supposed to write a short story. I began to think about my experiences teaching high school and leading youth groups. One of my biggest frustrations was that so many kids saw themselves in a negative way, as in “I’m not smart enough, not athletic enough, not good-looking or pretty enough, don’t have a car/computer/DVD player,” and so on. The trouble was, most of the kids I knew thought this way—even the ones who seemed to have it made.

I suddenly saw, not the short story I was supposed to be working on, but a whole book taking shape in my head. It would be about this really ordinary teenage boy—who saw himself as nothing special, and this other teenage boy who had everything every teenager could want: the looks, the girls, the car, the athletic ability, the brain—the works!

I would have the ordinary guy tell the story from his point of view, and of course the whole novel would hinge on the premise that what’s really important isn’t any of those surface things you have little control over, but who you are inside—with God’s help.

And that’s how The Best of Friends was born.

Had you intended all along to write a series?

Actually, no. I meant for The Best of Friends to be a stand-alone book, but when the publisher asked for two more books with the same characters, naturally, I agreed.

When I thought about what might happen after the ending of Best of Friends, when it appeared that one of the guys had won the girl, it was pretty clear to me there would be an ongoing tussle, so off I went!

What happened with Luke—from the phone call where he suggests Glen needs a bodyguard right up to the terrible accident, came as a total surprise.

You just surprised me. How can an author be surprised? Aren’t you controlling the story? 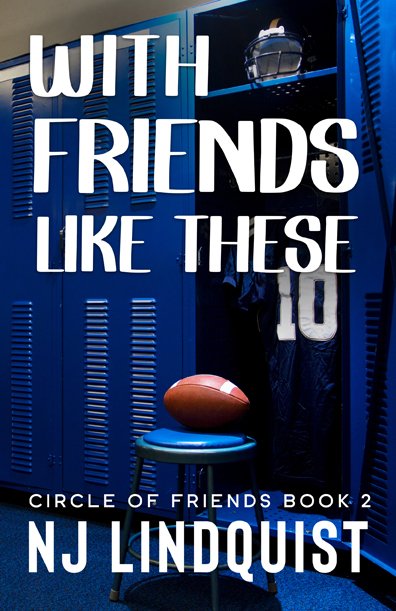 Yes and no. You’re writing comfortably, knowing what you want to say next, and then all of a sudden it’s as if the computer keys start moving on their own, and you stare at the screen and see words that you never thought of ahead of time.

And you get excited, because usually when this happens, the characters have become so real in your mind that they do what they would do without your having to plan it.

John was another surprise to me. He wasn’t in the first book, and I had intended Pastor Grant to continue to be the one to help Glen grow. But John just appeared at the Grant’s one Sunday and it felt so right, I left him in. I also realized around that time that Pastor Grant didn’t really know how to give Glen the kind of help he needed. So John and his wife appeared, and their funny little group of misfits, too.

As I wrote With Friends Like These, I realized that this book is about a lot more than Glen and Charlie and Nicole. It’s about Glen moving out of the safe cocoon and taking steps toward becoming an adult. It’s about the need we all have for a mentor who will hold us accountable; to stand up for our rights, to put ourselves at risk for what we believe in, to see our friends as imperfect, yet valuable. And it’s about coping with loss and heartache.

At the end of The Best of Friends, Glen gives his life to God. But in With Friends Like These he learns that giving your life to God isn’t something you do in a few seconds, but rather it’s something you have to continue to do for the rest of your life.

But then you had to stretch things out into a third book. Did it get harder or easier? 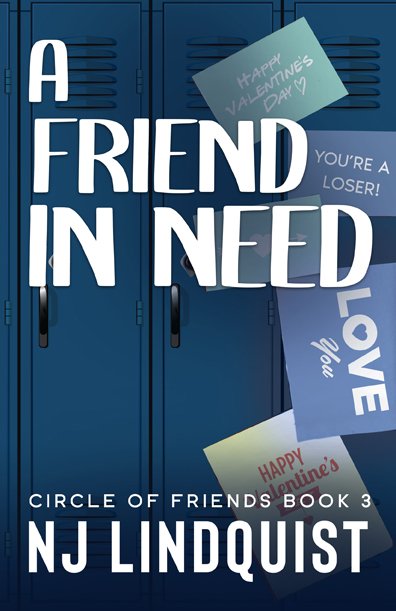 It actually got kind of complicated. After writing A Friends in These, I wrote a third book called More Than a Friend. But when it was finished, I realized that More Than a Friend was about half again as long as either of the first two books.

I also realized there was a gap of a couple of months between the second and third books. And that I had felt cramped for space as I tried to tie up all the loose ends in More Than a Friend. So I did something really strange. I made More Than a Friend the fourth and last book in a four-book series, and wrote a third book (A Friend in Need)!

I took one incident from With Friends Like These (the fire) and four chapters from More Than a Friend, and added a lot more about what would have happened during those missing weeks. The overall plot of the series didn’t change much, but the whole thing was much more relaxed than before.

And then there were some big surprises. Zoey and Glen’s sudden relationship. Luke’s e-mails. The visit to the rehab center. Jamie’s sudden fondness for Glen. The anonymous letters. The small group meetings. The totally unexpected appearance of Sharlene and Mindy when Glen’s mom opened her front door…

So much that would have been missed if I hadn’t stopped, thought things through, and taken a chance on inserting a whole new book into my plot.

The title of the third book was a no-brainer. Luke is so obviously in need. But, then, so are Marta, Charlie, and others, too. 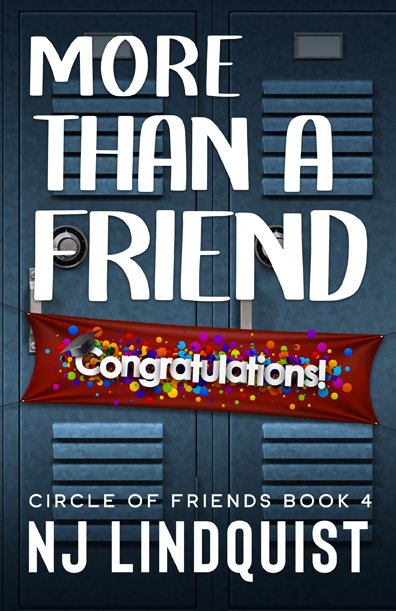 And while the primary source of help is God, he normally chooses to work through other people. So I was delighted to see Glen starting to go out of his way to help his friends, and other people using their abilities to help each other. John and Elizabeth taking in Marta. Glen’s mom promising to help Colleen sew some curtains. And I was thrilled to see Mr. Smither’s photographic talent being used.

Everyone has needs. And everyone has strengths. Living the Christian life is about obeying God, being there for others, and letting them be there for you. I think that really comes out in A Friend in Need as well as in the last book, More Than a Friend.

Is there anything else you can tell us – any inside information? Things most people don’t know?

One other thing most people don’t know is that Nicole’s name was originally Charity. My first publisher thought the name Charity was too old-fashioned and asked me to change it. That was SO hard. I felt as though I was killing her. But after a day of deliberation and searching through name books, I changed her name to Nicole and that was that. With find/replace, it was easy to do.

But when I started writing the second book, I was uncomfortable. I kept putting in Charity and having to change it to Nicole, and it just didn’t feel right. It was as if a different person had taken her place.

I have a strong feeling the series might have ended differently if Charity had still been there. But we’ll never really know, will we? And maybe Nicole needed to be there.

Yes, I was raised in a small town. My dad was the owner of a clothing store, and was the friend of several bank managers.

I didn’t use the town I lived in as the town in the books, but there are definite similarities. There was a restaurant where we used to hang out. A small drive-in.

Of all the characters I’ve created, the one I believe is the most like me is Glen. My crazy, uncontrollable hair. My athletic ability (or lack thereof.) My feelings of insecurity and shyness. Yeah, there’s a lot of me in Glen.

On the other hand, my life, as well as Glen’s, is the story of God’s willingness to use ordinary people to serve him if we’ll just listen to God and obey. Not that I always do, any more than Glen does. But God’s always there, waiting.

Will there be any more Circle of Friends books?

If there were, they’d have to be of Glen when he was older. This story is told. At least I think so now. But there might be other books about other teens. I have a few other characters in my head eager to get out.

And I do have one other YA book, In Time of Trouble. It’s about a very different teenage boy who lives in a city, and has a poor retlationship with his parents and twin brother. He’s frustrated and wondering if being alive is worth the pain.