I wrote a blog that's really a follow-up to the one I posted here yesterday.

My single resolution for 2010 – Lindquist 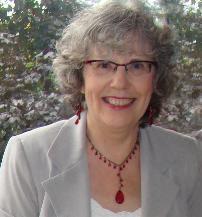 It’s pretty simple. My resolution for this year is that I’m going to ask for help this year. At least once a week, if possible. From people who aren’t married to me and didn’t come into this world because of me, and therefore don’t owe me anything.

I’ve never really liked asking for help. Don’t actually like asking people for anything, if it comes to that.

I grew up as an only child who spent an inordinate amount of time around older people, as well as an adopted child who very likely had some trust issues. So I became self-sufficient at a pretty early age. If I wanted to know something, I tried to find the answer by myself, usually through books.

I still tend to be that way. Of course, now that we have the internet, it’s even easier to find things out. For example, chances are 100% that if I go to my doctor to get his opinion on something, I’ve already got a list of all the possibilities from my own research.

But there are some things you can’t find in books. And some kinds of help where you need another person.

I also firmly believe that we were created to be in community, which implies needing each other, and that implies helping one another, which involves asking for help…

Earlier this week, I blogged about the fact that most people actually want to help others, but that we’re often too embarrassed to confess our need. But that’s not why I don’t like to ask for help. I don't at all mind acknowledging that I have needs. The reason I don’t like to ask is because I’ve had people say no. Well, a bit more than no….

Read the rest of this story