I love coming up with ideas and starting things.

Unfortunately, it’s all-too-possible to start more things than I can realistically finish. Part of the problem is that I often fail to think through everything that’s involved in a project before I dive in. On the other hand, when I honestly believe God’s telling me to do something, I usually go forward and assume that he’ll give me whatever help I need.

Sometimes that works well, but sometimes I run into problems because I end up with too many things to do at the same time. And then I get flustered. 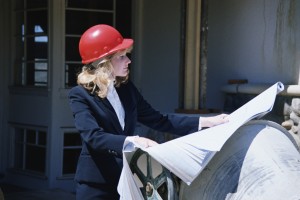 Now, the problem may be that I’ve misinterpreted what God was saying and that I should never have started the project. More likely, the problem is that I’ve heard what he wants me to do, but instead of waiting for him to make it happen, I’ve rushed ahead to try make it happen myself. Sometimes I just need to slow down and wait until God supplies whatever I need to make it happen without a lot of stress (people to help, time, money, etc.).

On the other hand, Noah did have to build the ark; it doesn’t say anything about God supplying carpenters or holding a hammer. :)

The truth is, over the last 12 years, I’ve totally related to Noah.

In June of 2001, my family (including four sons, a daughter-in-law, and two grand-kids) moved into a brand new house. The same month, I felt God telling me to start the process which eventually lead to the formation of The Word Guild and my becoming director of Write! Canada for 11 years. While I did get some other things done here and there, for most of those 11 years, I was immersed in The Word Guild and the conference.

But in December of 2007, I felt God telling me to write a memoir.

My initial response was, “I know I have to write a memoir next year, and the only time I can do it is Jan/Feb/Mar,” so I’ll do it then. And I pictured myself writing my memoir every day, and it was all great. Except… I had a number of columns to write. And I had Marketplace Int’l coming up in late January. And I was speaking at a church in Unionville in January. And reading at Casa Loma in February. And I had lots to do to get Hot Apple Cider to the printer by Feb, 7th, and we needed a plan for promotion before the book came out in May. And I was still very involved with The Word Guild, including directing the Write! Canada conference, which took place in June….

So, how realistic was I in thinking I’d be able to write my memoir in Jan/Feb/Mar?

What I was really doing was saying, “Writing my memoir is important and I know I have to do it, so somehow I’ll make it happen”—but it was only a hopeful “resolution” without a concrete, workable plan for accomplishing it, and not a real “goal.” And it died the death that happens to most hopeful but impractical resolutions.

When I realized there was no way, my first reaction was to become frustrated and depressed. I’ve blown it again. I’m a failure. I’ll never get any writing done.

But then I stopped. After all, I’d been doing what I felt God wanted me to do. What was he saying? That I needed to stop doing it and do something else? Or that I could do both at the same time?

Ironically, I often help other people choose realistic goals for their lives.The problem is, it’s much easier to be objective (and realistic) about someone else’s life.

I eventually decided that, first of all, I needed to make two decisions.

1. What were the most important things for me to do in the next few months?

2. What was the most important thing for me to do in the big picture? As in, five years from now, where did I want to be?

I knew had to be realistic.

In the end, the memoir and a few other things had to go on a back burner while I met obligations to which I’d already committed.

However, since I truly believed God had told me to write the memoir, I knew I had to do something to move in that direction. Which meant, among other things, getting out of my heavy involvement with The Word Guild. So I began to look for things I could turn over to other people. And I began saying “No” even when I felt terrible saying it.

I also began hunting down photos and memorabilia from my life, and put them in drawers so that when I was able to find some time to work on my memoir, I’d have what I needed. I also put together some questions and sent them out to a few family members, and had a few phone conversations to confirm or fix up my memories of people and events. When I had a chance to visit the towns I had lived in when I was young, I went. And I brainstormed, going through different years and locations, and writing down anything I remembered. I studied the pictures I’d found, and often found that they triggered new memories. Each time I thought of something new, I wrote it down.

And now, here I am five years later, exactly where I need to be.

Yes, it took a while.

After working my way out of the leadership of The Word Guild a few years earlier, I ceased being director of Write ! Canada at the end of June, 2012.

Over the summer of 2012, I tried to work on my memoir, but after realizing I was mentally exhausted, decided not to push it. I did a lot of reading. Watched some movies and TV series on video.

I gradually realized that I was exhausted, not only from 11 years of involvement with The Word Guild, but also from raising and homeschooling four sons, journeying with my parents through their last days, being heavily involved in church leadership and discipling, and a whole host of other things going back to my first year of marriage, which was the last time I could remember not having a multitude of things on my to-do list.

It was actually October of 2012 before I wanted to talk to anyone for more than five minutes. And yes, that includes my family. Fortunately, we’ll almost all introverts, so that wasn’t a big deal.

I spent November working on my memoir in the mornings and my third mystery in the afternoons. And I began to enjoy myself.

December kind of flew by. In January, I slowly started to focus on the many things I’d neglected. We painted the kitchen and family room. I did some sewing and other things that had been waiting for, literally, years. I updated websites. I worked on getting some of my books published as e-books. I did some planning about the future.

I’m still trying to finish up things I started earlier, but I’m feeling good about them. And this month, we’re preparing for a son’s wedding, and doing a lot of work around our totally neglected house. But come August, I really will be focusing on my memoir. 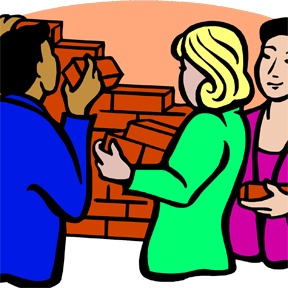 Yes, it’s taken quite a while to get to this place.

But I expect God knew better than I did that it would take some time.

I’ve also realized that the guilt I normally feel from not accomplishing everything I start doesn’t come from him. I know that because there’s nothing I can do that will make God love me any more than he already does.

I still want to serve him and do whatever I can to help him make disciples, but what I’ve learned over the last 12 years is that I’m only part of the big picture. Yes, I need to do what he gives me to do to the best of my ability, but then I need to let others take over and do what God has called them to do. Each person has a role to play, and some are great at starting while others are great at maintaining, expanding, or finishing. And that’s okay!

I have no idea what will happen with my memoir, but I can’t wait to find out.

* I first posted a version of this several years ago, but it’s since been expanded and revised.