Time for a Change

Today is my husband’s last day with IBM. He just left to turn in his laptop. I’m sure it must be a strange feeling.

In actual fact, he hasn’t worked in an office for over 15 years. He simply walked to a room in our house, turned on his computer, picked up his phone, and dialed in to “work.” I remember during the winter Olympics a few years back, one of our sons looked in at 6 in the morning to see his dad wearing a housecoat, sipping coffee, and talking on the phone while watching Olympic coverage on the TV with the sound turned off. Our son’s comment was, “I think I want your job.”

What Les has been doing during those years was working on world wide teams. Usually, he was the only Canadian on a team of people from the United States, France, Switzerland, Brazil, Japan, Australia, and other countries. They rarely met face-to-face, but talked on the phone and of course via the computer. Many meetings were early in the morning because they had to work with time schedules in Japan and Europe as well as North America. So someone in Japan might be on the phone late at night while for you it’s early in the morning and for someone else it’s noon. Kind of crazy, but it seemed to work.

And because there was always a new project, and the overall focus was on working to make things better, he enjoyed his job. He was, in fact, a change management consultant, and now he’s thinking how to use those skills in other areas.

He’d have been with IBM for 35 years at the end of July. A long time. Pretty well all his adult life. He left university and went to work for IBM three months later. His original goal was to work for a few years in order to get some business experience and then go into full time ministry of some sort. But life happened and kids arrived and other opportunities arose, and we realized we could do a lot with him at IBM. (That didn’t stop our family from asking him every year or so if he thought he had his business experience yet. I guess he has it now. Hope so, anyway.)

The first few years of our marriage were just him and me, and it was great. Relaxed. Then came a dog, four sons, moves from Regina to Mississauga to Calgary and finally to Markham, church planting, homeschooling, leadership, and then the world of writing, speaking, and publishing.

There always seemed to be a flow from one thing to the next, and the next step seemed logical and necessary. For the first time in a long, long time we have the opportunity to sit down and decide exactly what we want to do. Our sons are adults, and while we like being near them, we don’t HAVE to be 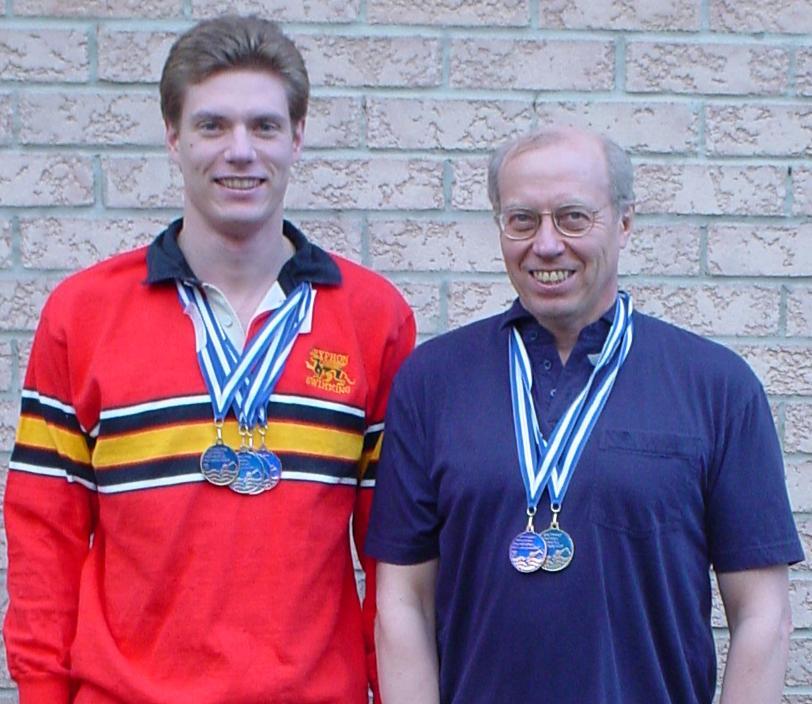 . We’re doing things with The Word Guild and publishing, but again, we don’t HAVE to do them. So it’s time to stop and think about how we spend our time, where we live, what we still want to accomplish, and so forth without feeling obligated to anyone.  A nice feeling.

I wonder how long it will last before we jump into a new project? Not long, I expect. We both love new challenges and we don’t have to look very far to find some. Still, it’s nice to have that brief moment, even a week or so, to take some time to think and dream and pray before jumping into pool again.

Which reminds me – Les will be swimming in the Canadian Masters’ Championships in Etobicoke this May, along with our third son, Daniel. They both won a number of medals in the Ontario Master’s Swimming Championships last year in Sudbury and this year in Ottawa, and they’re motivated to keep going.

And Les has started a blog called “More from Les.” It’s  going to be about – wait for it – change! Funny – so many people resist change as hard as they possibly can – while we both look forward to it. And this could be one of the best changes yet.