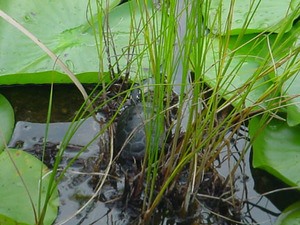 If you look really closely, you'll see a small turtle hidden in the reeds in this picture I took at Wye Marsh a few years ago.

Today, I'm feeling a lot like that turtle—scared to stick my neck out, wondering if I should just stay out of sight, pretend I'm not even here.

My so-called career as a writer and speaker has been sadly neglected over the last few years—just as neglected as this website. Believe it or not, I started writing my third Manziuk and Ryan mystery over two years ago, and only got the first chapter written. And I've had posts sitting here, mostly written and almost ready to go, from back in the spring of 2010.

And then things happened.

The scramble to get Write! Canada 2010 organized for June.

The decision in early August to publish A Second Cup of Hot Apple Cider and 12 months of total focus on it, from the call for submissions to editing, layout, and then printing, the launch in May, and the promotion, all of which was interspersed with the panic of trying to organize and run Write! Canada 2011 in June.

More promotion for A Second Cup, trying to get organized to work on a memoir I've been wanting to write for years, lots of life-stuff, and then back to the pressure of organizing Write! Canada 2012, and training more staff to help so that hopefully I won't have to do as much in the future.

And here we are, two years later, and the only posts on my site since February of  2010 are a couple of news items, two posts I had prepared months before, a personal note from August of 2010, one brief mention in 2011 about A Second Cup being published,and a recent notice about a workshop I'm teaching later this month. Ouch!

Not saying I regret it. I know Write! Canada benefits lots of people. And A Second Cup of Hot Apple Cider is a terrific book. 30,000 copies are going to women across Canada as part of World Vision Canada's Girls Night Out and Couples Night Out programs. And we've sold close to 5,000 additional books.

So there are no regrets, but it's time for me to think about me, and in particular my writing.

I'm almost afraid to say it, because I've no idea what will happen tomorrow, but my way of beginning is to try to get my website in order.

When i figure those things out, I'll start writing, and we'll see how it goes. It's actually kind of scary. I'm still the turtle in the reeds wondering if it's safe to come out. But, you know, the sun is starting to shine, so maybe I'll stick my neck out just a tiny bit by posting this blog.