Okay, this is actually pretty funny. The topic I was given was: “My current work-in-progress.”

But I don’t exactly have a current work-in-progress. I have at least six. I suppose I could just pick one and tell you all about it. But instead, I thought I’d give you a glimpse at how this writer is juggling projects. 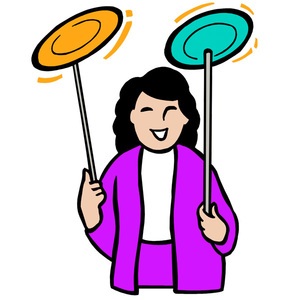 1. My third Manziuk and Ryan mystery, Shadow of a Butterfly.

To date, the book is at 150,000 words and I’m currently waiting for my first editor to read it and give me his opinion on the plot and characters.  Then I’ll go over it one more time before it goes off to another editor for copy-editing.

When an elderly member of an exclusive senior’s residence is murdered in an unusual manner, Manziuk and Ryan are anxious to catch the killer before he or she strikes again. However, they have difficulty finding anyone with both means and motive, even though they dig into the past as well as the present.

2. Part 1 of LoveChild: Reflections from a Former Ugly Duckling.

This is essentially a memoir, but I also talk about what I’ve learned and how various things made me who I am.

Part 1, which take me up to age 8, is more or less written, and I’m currently going over it one more time before I send it to the editor.

A bit of a teaser:

As an adopted child, I honestly believed God had put where I was for a purpose. Only later in life did I realize what at least a part of that purpose was.

3.  In Time of Trouble, a novel about second chances. 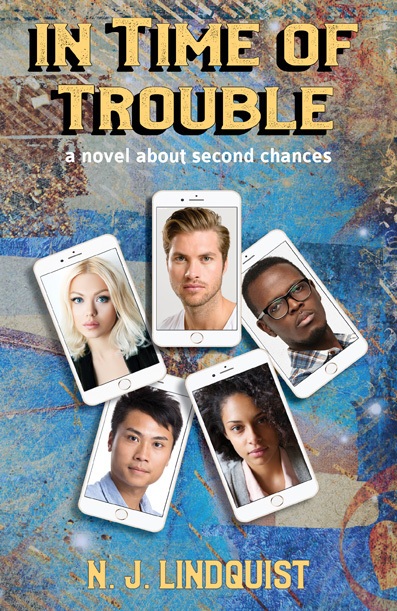 This book has been updated and formatted for epublishing. What I’ve been doing is creating a new cover for both the ebook and a new printed version.

As  you can see by the new cover here, this process is almost finished and the book should be available by the end of April.

Here’s the blurb for it:

Like Gary Cooper in High Noon or a tired gunfighter in a Louis L’Amour western, Shane Donahue wants out of the life he’s been living. But the only option he sees is suicide. When someone suggests he try God, he just laughs. Then he decides he has nothing to lose. But just as he begins to discover whether or not God can help him, Shane is arrested and charged with robbery and attempted murder (if the victim lives). Will Shane get a second chance at life?

4.  My four-book Circle of Friends YA series 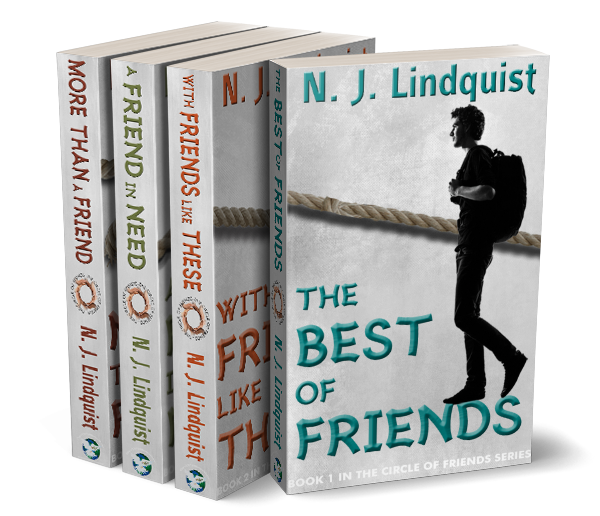 I’m updating all four books and putting them into ebook format.

I’m also working with a designer to create new covers for these books. You can see the front cover for Book 1 here!

The first book, The Best of Friends, is almost ready and will be out by the end of April.

As seventeen-year-old Glen Sauten gets caught in the middle of his new best friend’s obsession to date the prettiest girl in town, he opens himself up to major problems—some life-threatening, some life-changing.

My husband Les and I are currently beginning the process that will lead to the publishing of the next Hot Apple Cider book, and possibly more than one.

If you don’t know about the Hot Apple Cider books, they are two anthologies that feature 60 Canadian writers. Nearly 90,000 copies of the books are in circulation. We’ve also recently published Discussion Guides for each book.

Hot Apple Cider: Words to Stir the Heart and Warm the Soul

A Second Cup of Hot Apple Cider: Words to Stimulate the Mind and Delight the Spirit

I try to write a blog every couple of weeks.

At the moment, I’m also working on three short stories, all mysteries. One involves a murder at an ultimate Frisbee game; one involves the murder of a not-very-nice man; and the third is written from the point-of-view of a dog.

Plus last week I wrote an article for Mystery Reader, which will be published in a couple of months.

I also intend to start putting out a regular newsletter for subscribers to this site as well as subscribers to my other sites,  http://jamenzies.com and http://www.writewithexcellence.com.

So how am I doing all these things at once?

Seriously, it’s just like keeping a bunch of plates spinning. You give one a little push and move on to the next, and then the next, and so on.

1. Right now, I’m writing or editing the new book (either the mystery or the memoir) every morning Monday through Saturday. I aim at three hours but sometimes it’s more like one and sometimes it’s four or more.

2.  From roughly 2 to 5 PM, Monday to Friday, I work on cover designs, formatting, marketing, meet with Les to talk. Again, this may be one hour or it may end up being five or six.

3. I reserve my other writing (blogs, stories, etc.) for the evenings.

And when I complete these projects, I have several others waiting their turn.

If you want to be informed about what I’m working on and what’s coming out when, please subscribe to my newsletter. (See below or go to this page.) When you subscribe, you’ll also get a free ebook!