Jesus said, “Make disciples,” but what does that mean to us?

I grew up believing in God, and knowing he was my best friend, but…. 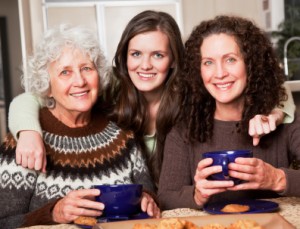 Because of my environment, a part of me felt that as long as I lived a “decent” life, without hurting other people or breaking laws, and as long as I went to church most Sundays, and read my Bible, and prayed, I was doing my part, God would be happy, and I’d go to heaven when I died.

My understanding changed drastically when, shortly after my 21st birthday, I met a young man on a mission to change lives. He was part of a group of young people who were going out of their way to establish genuine friendships with people who didn’t know God, praying for them, gently encouraging them to meet God, and helping them grow in their faith. As I talked to him, it dawned on me that there was more to being a Christian than I had understood. I began to wonder why God didn’t just take us straight up to heaven when we came to know him, and I realized he leaves us here on earth to do a job for him.

Words like “job” and “work” tends to have a negative feel for many people, but they shouldn’t. Way back when God created Adam, he didn’t tell him to go relax and have fun; instead, he gave him the job of naming the newly-birthed animals. After that, Genesis 2:15 says, “The LORD God took the man and put him in the Garden of Eden to work it and take care of it.” (NIV) Work wasn’t a consequence of sin; it was part of the plan all along. Since God works, it’s logical that the human beings he made in his image would work, too.

The first job hasn’t gone away: God still wants us to look after the earth and take care of it, and to look after our families’ needs. But, after Jesus rose from the dead, he gave those of us who are called by his name a new job to do.

Nearly every Christian is familiar with Matthew 28:18-20. We call it the “Great Commission.” In it, Jesus says, “All authority in heaven and on earth has been given to me. Therefore, go and make disciples of all nations, baptizing them in the name of the Father and of the Son and of the Holy Spirit, and teaching them to obey everything I have commanded you. And surely I am with you always, to the very end of the age.”

God leaves us here to make disciples, carrying on the work he began of reconnecting people to God.

But I’ve noticed a problem. When I teach a workshop on disciple-making, I usually start by asking how many people have been discipled. Usually, only a few raise their hands. Most of them admit that they’ve basically discipled themselves, generally through reading books.

Some years ago, I was shocked to read that, according to the 1980 Gallup Poll, only 2 per cent of the people who called themselves evangelical Christians in the US had ever led another person to Christ.

More recently, George Barna reported that the typical church believer will die without leading a single person to the knowledge and relationship with Christ; fewer than one out of every six churched believers has a relationship with an accountability partner; and most Christian parents rely on the church to train their children to become spiritually mature.

Wow! I don’t know about you, but those statistics frighten me. I wonder who is carrying out the work God gave us to do?

Are you? If you’ve never discipled another person, you can begin by asking God to show you just one person you could pray for this month, and then pray daily for that person.

* Published originally in my column, “As Each Part Does Its Work” in the Maranatha News, which I wrote from March, 2007, until September, 2010.