When my mother and I went through her belongings, we discovered a couple of keepsake boxes with things that had belonged to my dad's parents. Including several very old Christmas cards. I thought I'd share one of them with you.

This one is probably my favourite. 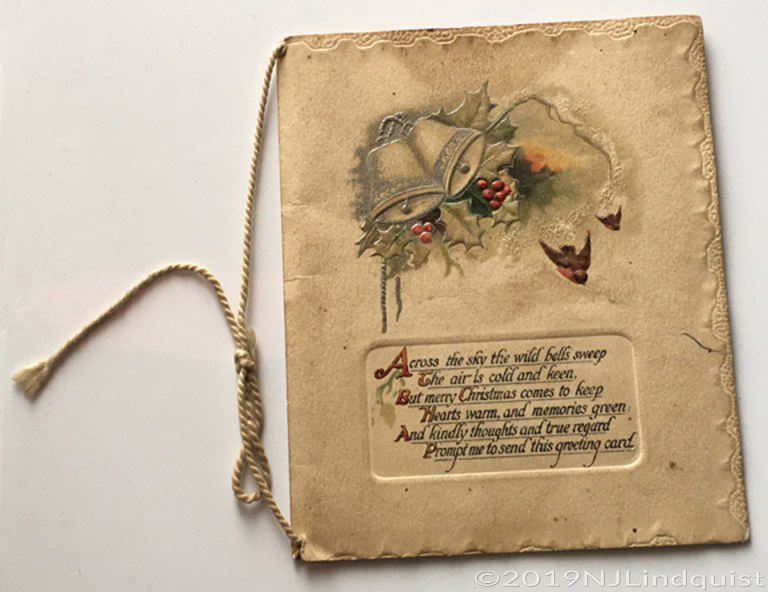 In case you have difficulty reading it, the verse says,

Across the sky the wild bells sweep,
The air is cold and keen,
But merry Christmas comes to keep
Hearts warm and memories green
And kindly thoughts and true regard
Prompt me to send this greeting card.

The writing on the back of the card is faint, but I was able to make out the words.

Publishers by appointment to their Majesties the King and Queen

After a little research, I discovered that Raphael Tuck & Sons was a business started by Raphael Tuck and his wife in Bishopsgate in the City of London on October 1866. They sold pictures, greeting cards, and eventually postcards. Their business was very well-known in the late 1800s and early 1900s. Unfortunately, the building was bombed during the First World War.

Early on, they were named as "Publishers by Appointment " by Queen Victoria. Since my card mentions a King and Queen, it must date from between 1910, when King George V and Queen Mary took the throne, to the beginning of World War I, after which I assume they wouldn't have advertised and office in Berlin. Which makes the card at least 99 or 100 years old.

On the second page, it says,

"Best wishes for a Happy Christmas, from Minnie and Willie to Uncle George."

(George Shaw was my dad's father). I assume the card was sent by one of George's nephews who was named William, and who was married to a Mary; however, there were actually a number of Williams and several names that could have been shortened to Minnie in the Shaw family tree, so I'd need to do more research to be sure.

Anyway, the card most likely journeyed from Ireland to Rossburn, Manitoba.

And here is the verse that was inside. I think you can read it. 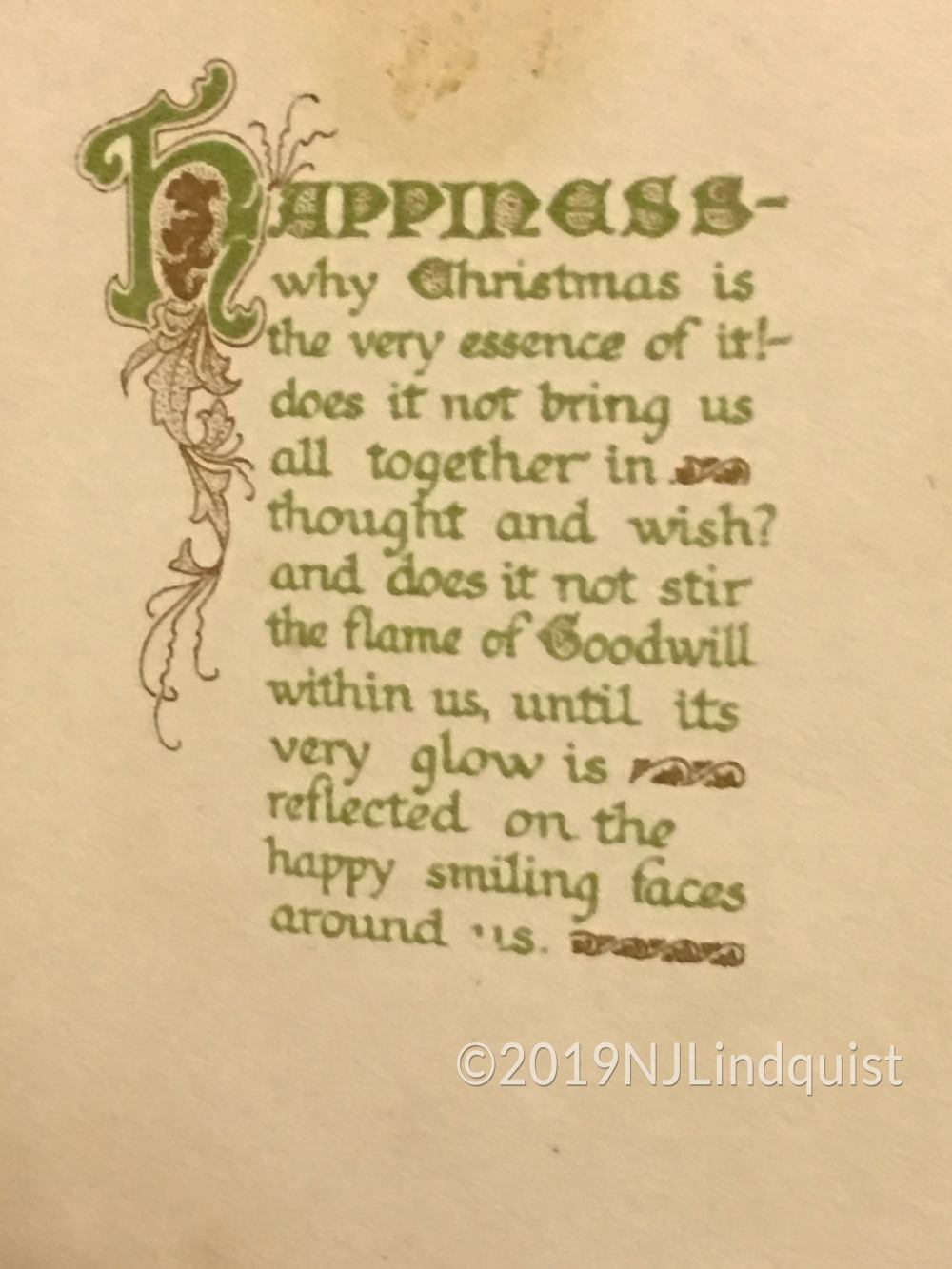 I wish you happiness this Christmas, too.