I was writing a scene around Paul Manziuk, my police officer in Shaded Light, and suddenly he decided to swear. 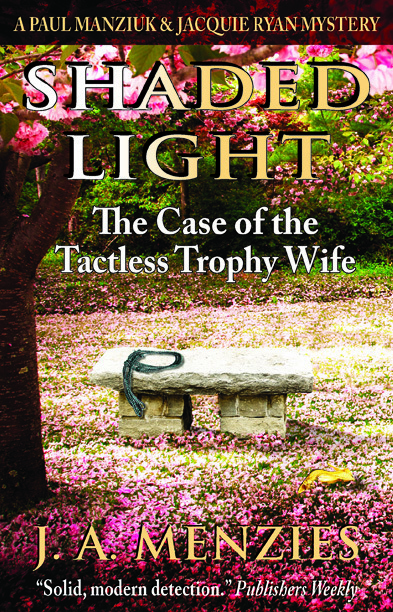 I told him he couldn’t. I don’t swear myself. Why would I swear when writing?

He said he wasn’t me.

He said that he was hot, tired, and frustrated, and he really needed to say one mild swear word.

I agreed that under those circumstances I might feel the same way.

I reminded him that I’m a Christian; although I think the real reason I don’t swear is that I find the words offensive.

Paul reminded me that although he attends church with his wife now and then, he doesn’t feel any restrictions for religious reasons. Plus he doesn’t swear much. What’s the harm in one little word?

I explained that Christian publishers don’t want any swear words in their books.

He countered by saying, “If you want me to be me, you should let me use the word.”

Later, my publisher, a Christian who was not actually publishing for the Christian market, asked me to take it out. I removed the offensive word, but I felt dishonest.

Much later, I decided that my integrity is more important to me than having a book in print. In future, I would write the book that is inside me wanting to get out, being true to the character and situations that I need to write about, and I would not worry about getting published.

Every writer is unique. And every author will have a different book burning inside. Someone raised in an evangelical Christian home may find it quite easy to write a book that will fit into most Christian publishing houses. But I wasn’t raised in that kind of home. So I can write for a different audience; one that, like Paul Manziuk, might use a swear word now and then.

But Paul was a small stretch: Shane Donahue, my main character in In Time of Trouble, was a troubled 18-year-old from a non-Christian home, in real life, Shane would not only swear but probably get drunk, take drugs, start fights, and have sex with people who didn’t mean a lot to him. 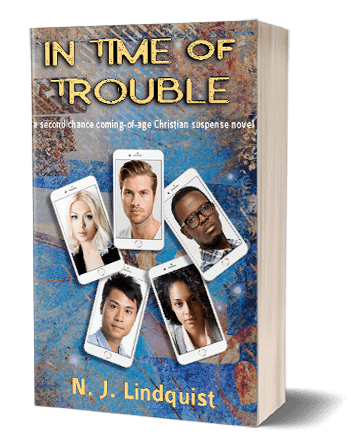 Why would a nice Christian lady who doesn’t do any of those things, and who has as four well-adjusted, terrific sons, choose to write about a character like this? No idea, except I had to. God placed him in my heart.

How could I portray him without being dishonest? I had to show him drinking, hanging out with the wrong crowd, swearing, alienating his parents, making poor choices….

Because my real goal was to show what happens to someone like Shane who allows God into his life, I strove for balance, to give just enough images of his life without wallowing in them. I wanted the reader to understand what it was like for Shane so that he or she would look at flesh and blood young people with compassion instead of anger.

My husband and I ended up forming a publishing company to publish the book. It was far too “Christian” for a secular publisher, but based on the rejections letter I’d received – which all said a version of “you’re a terrific writer, but write something else” – we knew it would never fit the guidelines of the Christian publishers.

And the reviews we got, mostly from Christian sources, praised the book for being “honest” and “real.”

I still find it odd. Jesus said he was the Truth. He told the story of the prodigal son and forgave the women caught in adultery. Should we as Christians not be the ones leading the “reality” charge?

Yet many Christians seem to prefer books that are safe. “Our customers trust us, and certain shelves need to provide the safety our customers expect,” Margo Smith of Hull’s Family Bookstore in Winnipeg told me.  But Margo also said that there could be shelves for the other books written by Christians that perhaps aren’t quite so safe. Not all Christians want to be protected.

The reality is that less than half of the people who call themselves Christian even go inside Christian bookstores. What books do they read? Grisham, perhaps? Stephen King? Who knows?

For years, I’ve read very little “Christian fiction” because I couldn’t find much I wanted to read. I wanted books I could identify with, stories that helped me deal with the realities of my life, in which normal people, with all their flaws, play a definite role.

For me, there’s a huge difference between glorifying bad language and allowing a character to swear or do something I might not do so that I can see the character as he or she is.

There is a huge difference between pretending that Christians only have little problems that are easily resolved and showing what might happen when a Christian commits adultery or drinks too much or gets divorced or has an abortion.

“Christian fiction writers and indeed their readers,” says Margo Smith, “are often much more comfortable when the ugly side of life is portrayed as life outside of Christ. [But] the best Christian writers effectively weave in the theme of ordinary people committing evil, which is much more interesting, applicable and even helpful to those of us who are trying to come to grips with a complex world.”

Every writer will struggle with the external boundaries for characters and plot lines, but above all else, we must be honest with ourselves, and trust the God who made us to help us write the books we have in our hearts.

Copyright N. J. Lindquist 2013. Not to be reused in any way without permission. This article was first published in Exchange newsletter in July 2003.

You might also want to read my post, The Dilemma of Being a Christian Who Writes Fiction

New Covers for All My Books!

New Covers for All My Books!