Thirty years after she was a resident at a home for unwed mothers, Anne Petrie interviewed a number of other women from across Canada. 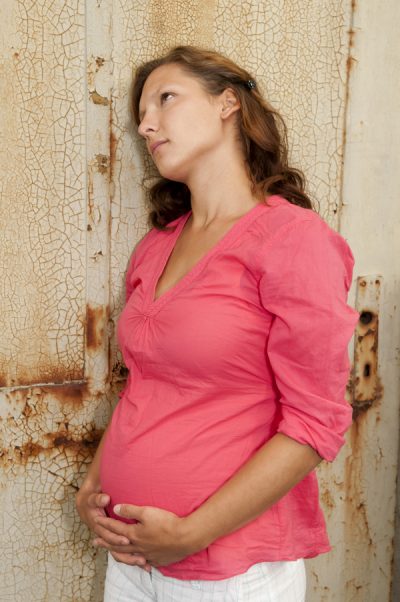 In addition to telling her own story, Anne profiles six other birth mothers in detail and also mentions comments from other interviews she had with both birth mothers and interested parties.

Brief bios  of the seven women whose stories are told in detail:

The most interesting thing to me is that Anne interviewed these women, along with others, thirty or more years after their stay in a home for unwed women, so you get their stories with the added perspective of time and many more experiences.

Some of the common things they mentioned:

Anne says that by 1957, there were apparently around thirty homes for unwed girls and women across Canada. By the end of the 1960s, there were more than fifty. While some of them were houses, many of them were either old mansions or buildings converted into living areas. But, Anne says, the common factor was “Beds and pregnant girls. That’s a bold description, but it is all too accurate for these homes, no matter where they were.” P. 71

At the one end of the scale, you had Beth staying at Molly Breen’s house in Newfoundland.

It was “the middle of three attached, plain-fronted clapboard houses, the kind you see on Newfoundland postcards that are always painted bright colours. Molly’s was a sunny yellow…. The government gave Molly a weekly stipend for each girl, and she was licensed to house up to thirty at a time. But although it was often crowded, nobody who stayed there thought Molly was in it for the money…. Her husband, Herb, had had an operation for brain cancer… and Molly wanted to stay close to home. Somebody told her about how many unmarried, pregnant girls needed a place to stay, and she opened her doors.” P. 73-74

Molly didn’t expect her girls to work and she fed them well. Anne says, “The girls at Molly’s never complained about the food. At every other home you took what you got; at Molly’s you ordered what you wanted. Molly was one of those great natural cooks, and she loved to feed her girls.” P. 76

At the other end of the scale, you had La Miséricorde in Montreal where Marie went (and its sister, Misericordia Home in Edmonton, where Loretta was sent).

Marie says she was terrified. “‘It takes in a whole block. It is really impressive when you see it. It is sort of scary because I grew up with so many whispers about what happened to girls at La Miséricorde in Monreal, and those big buildings always made me feel afraid. I felt like I was going into jail.’ Once inside, Marie found the building no more comforting. ‘It was really very cold. Huge, high ceilings. I felt like it was all stone, you know. I’m sure it wasn’t, not inside, but it just felt cold.’” P. 67

Marie discovered that “Girls who could pay more were treated differently…. They lived on another floor, where they each had a private room. For the length of their stay, they would be veiled and kept away from the other girls in the crowded third-floor dormitories. Marie didn’t have that kind of money.” P. 68

Instead, she was told to get into an elevator alone and go up to the third floor where she’d find her bed.

“No one greeted her as she got off the elevator. She had her to find her own way to one of the dorms. Perhaps all the Misericordia homes were built from the same blueprint, because Maria’s room was almost exactly the same as Loretta’s. Long and bare with a dozen or more beds perpendicular to the walls. ‘There was a cupboard, a shared cupboard, where they had some maternity clothes you could borrow. And there were drawers beside your bed. But there wasn’t room for much. I guess that is why they told you not to bring very much. The room was just spotless. It smelled clean. Nuns places, that’s one thing to give them, everything is so clean. But they don’t do it themselves. I remember a bathroom that was so clean that it was cold. The only thing that I remember vividly was how cold it was. But there was something warm. Just because  we were all in the same boat, there were some warm feeling between the girls.’” P. 68-69

Most of the girls were given a completely new name or told to use only their first name. This was to keep people from tracking you or your family down later. This practise also kept most of them from becoming friends during the short time they were together. Girls were coming and going all the time. Of course, some of them did make friends and keep in contact.

Anne quotes sociologist Andrée Levésque as saying, “The callous taking away of names, the covered windows, even the bare dormitory rooms and plain iron beds express the churches’ regard for these girls. They would keep them, for they had a mission to keep them, but warmly forgiving them was another matter.” P. 78-79

2. Encouragement of feelings of shame and guilt mixed with a lack of compassion

Families didn’t want their pregnant daughters around because then they would be judged (and found wanting) as well as the girls.

Even in the homes run by Christian organizations, the young women were treated as sinners who had done wrong and were being given a second opportunity to set themselves on the right path. But there was also an element of punishment.

One of the women who was at Sterling House in Oakville with Karin said, “We were treated condescendingly. It was like being in a nice prison. There was redemption somewhere for bad girls. But what we’d done was something shameful, very shameful.” P. 95

“We knew we had done something very wrong,” Anne says. “This was the only place that would take us in.” P. 109

In talking to the women years later, Anne says, “Most of the women I talked to were so anxious for me to understand that they had been good girls, it was obvious how guilty they had been made to feel back then. Many of them still felt the guilt.” P. 132

Anne says, “At one or two homes a sympathetic matron may have comforted [a girl] with the old clichés—that she had made a mistake and perhaps she could make up for it. But at the home on Stanley Street, there was not a single compassionate word—no counselling, no information, nothing. If a girl was having a particularly bad day she was allowed to sit on the balcony in the sun for a while. That was the extent of the kindness anyone received.” P. 132

Another woman who was at Maywood the year before Anne, said, “The people who ran that home were very good Christians, but it was real clear to me that I was a bad girl and they were good. They never really said that But I felt treated like a bad girl, like a child.” P. 89

It appears that while the staff in the religious homes may have desired to bring the girls back to their faith in God or to faith, they did it by emphasizing how bad they were rather than how much God loved them in spite of what they’d done.

3. Most of them were given jobs to “pay their way”

The Misericordia Homes and perhaps others were attached to hospitals. Anne says, “The first maternity homes had helped pay their way by taking in laundry and were often better known to the public as commercial laundries. In the homes that were attached to hospitals this function continued well into the 1950s. Though the old washboards had long gone, there were still many hands that could be usefully deployed.” P. 97

Apparently, another reason for having them work was to give them a good feeling about themselves. Anne says, “One of the social-work theories of the day held that the unwed mother’s plight was not an issue of morality but of personality and values. She lacked the self-respect that would ensure her acceptance of, and compliance with, prevailing social mores. Accordingly, by doing chores she would learn not just how to clean or do laundry but, more important, how to take responsibility and carry out a task. There would be even more benefits if he she could see herself as accomplished and successful.” P. 92 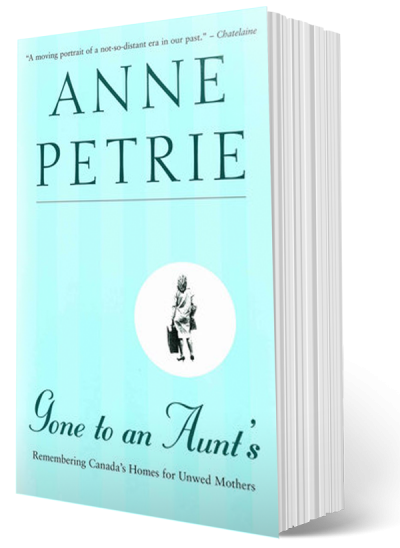 Anne adds, “If we could be good here, if we said our prayers and did our chores, we would not only get out, we might even be forgiven. We could start again. If we learned how to follow the rules, surely we wouldn’t get in trouble again.” P. 109

Although naturally some homes were better in some ways than others, and there were some caring staff, the one place where the girls weren’t expected to work and where they had a great deal of freedom, wonderful food, and a lot of encouragement was Molly Breen’s house in St. Johns.

Most of the homes expected the girls to do some work, which might be different in each home: cooking, washing dishes, setting tables, doing laundry, general cleaning, looking after the babies of girls who had left but whose babies were still in the nursery…. The jobs changed as the girls grew closer to their due dates.

While some found the work hard or frustrating; others were glad for something to do to pass the time.

Many of them were also expected to attend religious classes of some sort. Some managed to do schoolwork. However, there was little attention to helping the girls prepare for labour or learn how to look at their baby. Nor was information given about how to prevent another pregnancy at most homes.

Anne says “The 1960 report on Metropolitan Toronto maternity homes recommended that ‘adequate provision for psychological and psychiatric services should be available to all maternity homes.’ But such services were not available to me or to anyone else I have interviewed. A skilled, non-judgemental professional to talk to you, someone who would’ve seen through those paper-thin defences of mine, for example, would have made an enormous difference during those long months of waiting. The counselling in those time was limited to practical issues—finding a home to hide in and planning for adoption.” P. 180

Read Part 3 of This Review.